Haze may last to 2016 as Indonesia fires rage on 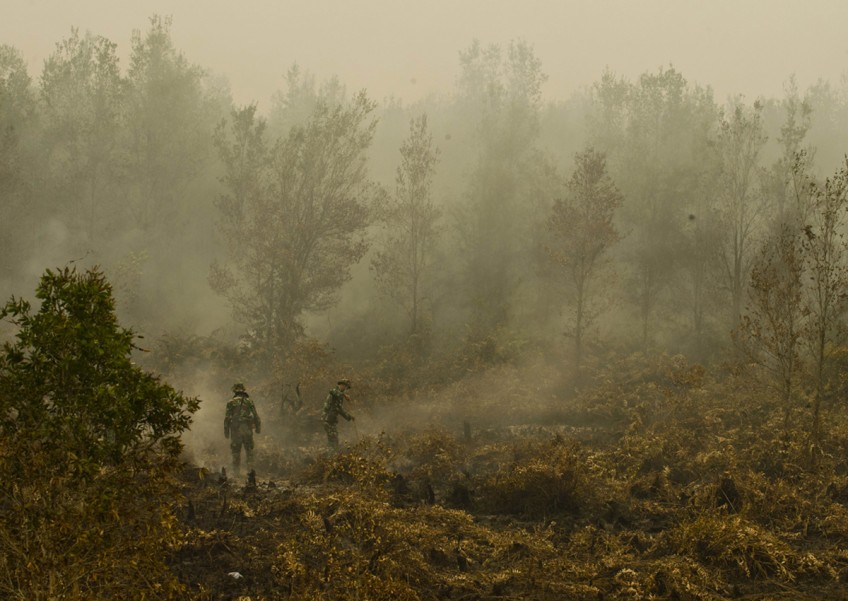 JAKARTA - FOREST fires in Sumatra and Kalimantan, which are shrouding parts of South-east Asia in haze, are unlikely to disappear until next year despite international effort to put them out, experts said yesterday.

Meanwhile, hot spots had popped up in Indonesia's eastern Papua province, where widespread fires have been rare, Reuters reported.

But the effort has failed to put out the fires and industry officials and analysts estimate the smoke will last until early next year.

"Maybe it will last until December and January," said Herry Purnomo, a scientist at the Bogor-based Centre for International Forestry Research.

On the Papua hot spots, he said: "It is because people are opening new agriculture areas, like palm oil."

Malaysia was forced once again to close schools in several states and Kuala Lumpur yesterday due to unhealthy air, said the minister.

"Unless there is rain, there is no way human intervention can put out the fires," he told Agence France-Presse.

Indonesia usually enters its wet season this month and November, but the country is expected to face moderate El Nino dry conditions this year, which could strengthen until December and may hinder efforts to control the fires.

"The actual number is higher as the satellite is not able to penetrate the thickness of the haze in Sumatra and Borneo," Mr Sutopo added.

On Friday, Indonesia launched its biggest fire-fighting assault yet, with dozens of planes and thousands of troops battling the blazes in Sumatra and Kalimantan.

Thirty-two planes and helicopters - including six aircraft from Singapore, Malaysia and Australia - were deployed to back up more than 22,000 personnel on the ground.

Yesterday, Jakarta warned another four plantation companies from taking part in the burning, suspended the operating licences of another four, and revoked those of two, news portal Detik reported.

That brings the total of firms sanctioned by the government to 14, said Detik.

Meanwhile, local petitions urging the government to put out the fires quickly has exceeded 1,000 at a website, with some lamenting that hot spots have appeared in Papua and the Moluccas.

In Singapore, the National Environment Agency said in a 6.30pm update yesterday that the 24-hour Pollutant Standards Index for the next 24 hours is expected to be in the low to mid sections of the unhealthy range.