He was S'pore's most prolific fixer 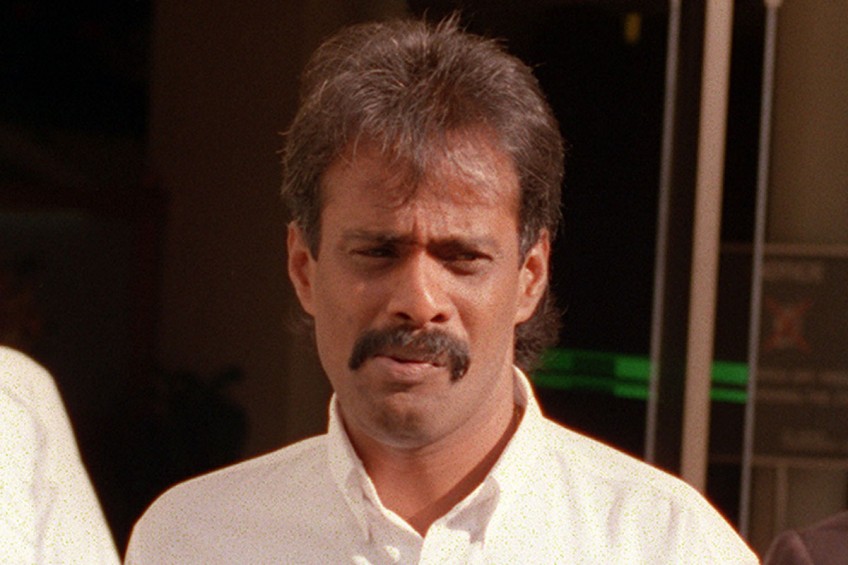 He had spent time behind bars for several corruption offences, including match fixing.

Despite these, Rajendran R. Kurusamy, 55, a supervisor at a construction company, did not learn his lesson and tried to fix a South-east Asian (SEA) Games football match in Singapore this year.

Yesterday, Deputy Public Prosecutor (DPP) Nicholas Khoo told the court that Rajendran was "Singapore's most prolific match fixer in terms of the number of convictions".

He was jailed for four years after pleading guilty to two counts of corruption. One charge for a similar offence was taken into consideration.

Nasiruddin, who used to be a referee with his country's football governing body, Football Association of Indonesia, told Rajendran that he had contacts with the Timor-Leste team.

Rajendran told Nasiruddin that if he could get information about the team and players, he would share his profits with the ex-referee.

The Indonesian returned to his hometown in Pekanbaru, Sumatra, and booked a flight to Batam for former Timor-Leste national football player

De Jesus arrived on the Indonesian island on May 25 and was told about the plan after meeting Rajendran at a hotel.

DPP Stacey Fernandez said: "The accused informed Moises that he would give a sum of money to members of the Timor-Leste football team who were willing to assist in losing to Malaysia in their opening game on May 30 in Singapore."

De Jesus agreed to help. He also told Rajendran that he personally knew Orlando Marques Henriques Mendes, 49, who was then the team manager of the Timor-Leste SEA Games football team.

Three days later, the four men met up in a suite at the Orchid Country Club, near Yishun Avenue 1.

Rajendran agreed to give Mendes $15,000 if the latter could arrange for his team to lose the match.

He also told Mendes that while it was sufficient to rope in just seven players into the scheme, it would be better if all 11 players got involved.

"The accused and Orlando discussed the amount of money that ought to be paid to each player to fix the match and a sum of $4,000 per player was agreed upon," said DPP Fernandez.

However, the court heard that the Corrupt Practices Investigation Bureau found out about the plans.

Officers arrested Rajendran and his conspirators hours after their meeting.

The match, played two days later, ended in a 1-0 win for Malaysia.

In his mitigation, Rajendran's lawyer, Mr Edmond Pereira, told District Judge Hamidah Ibrahim that his client received no financial gains from his offences.

Pressing for between three and three-and-a-half years' jail, he added: "He is the sole breadwinner in the family, his entire family is dependent on him."

DPP Khoo, who urged the judge to sentence Rajendran to at least four-and-a-half years' jail, stressed that he had previously been involved in fixing eight distinct football matches.

In 1998, he was jailed for nine months and fined $200,000 after working with two people, including "Kelong King" Wilson Raj Perumal, to fix two more S-League matches.

Nasiruddin was jailed for 30 months on July 21 after pleading guilty to one charge of engaging in a conspiracy to bribe Mendes to fix a football match.

The cases involving Mendes and De Jesus are still pending.

For each corruption charge, Rajendran could have been jailed up to five years and fined up to $100,000.