Healthcare support staff wages rise 10 per cent in past year 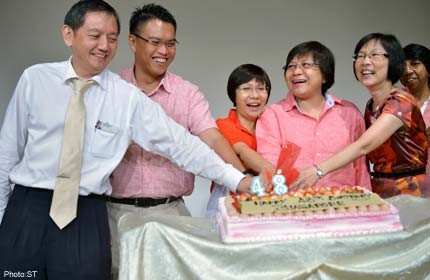 SINGAPORE - Low-wage healthcare workers have seen their salaries increase by 10 per cent in the past year under NTUC's progressive wage model, it was announced on Monday.

This was announced by Member of Parliament Patrick Tay, who leads the NTUC Healthcare Cluster, at a National Day Observance Ceremony held at Khoo Teck Puat Hospital.