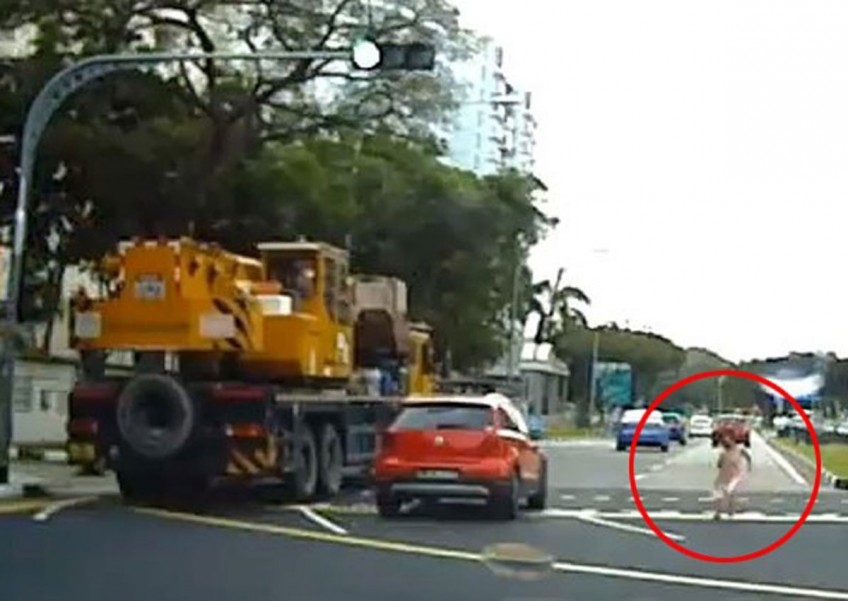 A young girl was caught on camera recklessly running across a busy road when traffic lights were not in her favour.

According to the timestamp and caption of the heart-stopping video posted on ROADS.sg, the incident took place along Tampines Avenue 1 in front of Temasek Polytechnic on Sep 17 at 5.12pm.

In the video, the girl can be seen dashing across the road, unaccompanied, at around the 10-second mark.

At that point, there were several cars and a huge construction vehicle on the road.

As she was crossing, drivers had to slow down to avoid hitting her.

Despite the presence of the vehicles, the girl continued running until she reached the other side of the road.

She then continued running on the pavement after that.

Towards the end of the video, a traffic police officer can be seen riding across the junction.

It is unclear, however, if he was aware of what happened.

Read a caption on the video:

"When a child's life is in danger nothing else matters except her safety.

"Parents must always teach their children the DOs and DON'Ts on road safety."