Helping parents envision a brighter future for their children 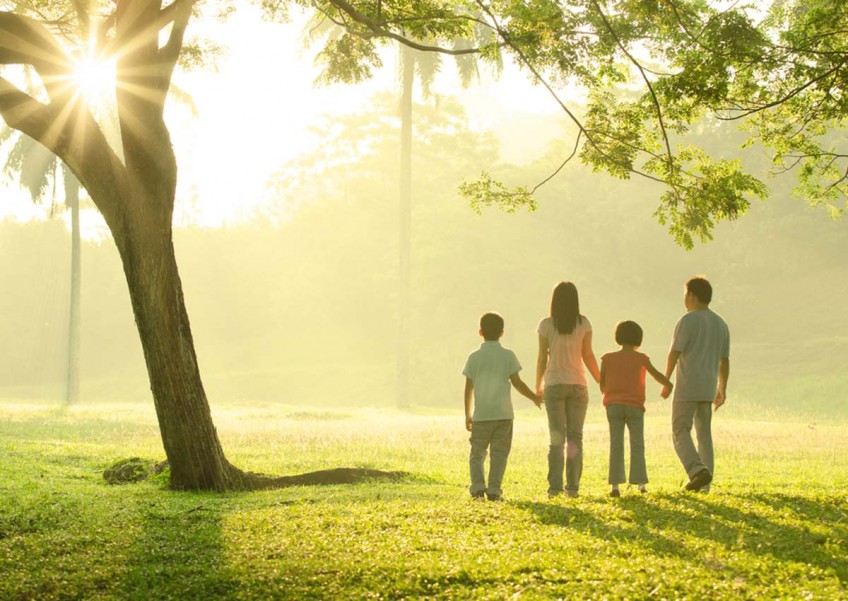 "I am not a good mother," she said in Mandarin.

Madam Fanny is a 45-year-old housewife who takes care of three children aged between nine and 19. She also works part-time in a neighbourhood shop to help with family expenses.

So why did she make that shocking remark?

Madam Fanny was at a loss when her eldest child, Mike (not his real name), was diagnosed with a language disability when he was a toddler.

He did not start speaking until he was about three years old.

"He was always a few steps behind others (in developmental milestones)," she added.

She also found it difficult to understand him at times.

Mike had trouble befriending others, because he was slow in picking up on social cues and he did not like their teasing.

As he grew older, the boy was found to be suffering from autism spectrum disorder, a developmental disability which hinders communication and interaction with people.

Madam Fanny recounted that her son was about seven years old when a paediatrician at KK Women's and Children's Hospital referred him to Students Care Service (SCS).

To better prepare him for primary one, Mike's enrollment was delayed by a year.

He started attending primary one classes at a mainstream primary school when he was eight.

Madam Fanny pursued her son's best interests and sent him to SCS, a social service organisation that could help with her son's special needs.

He was enrolled in various programmes with sessions that lasted between 45 minutes and an hour at the SCS centre located near their home in Yishun.

At SCS, Mike took part in weekly remedial classes conducted by a learning specialist for students with learning difficulties under the Educational Psychology Service.

He also received tuition from junior college students who volunteer at the centre once a week.

Through a variety of activities and community service projects under SCS's preteen and youth programme, Mike learnt important life skills.

The programme covers topics such as how to handle peer pressure, how to communicate with others, and how to share and care for others.

SCS also offered Mike the opportunity to engage in outdoor activities and learn things beyond the classroom, Madam Fanny said.

Besides coping with Mike's learning difficulties, his family also struggled financially as his father was the sole breadwinner.

At that time, Madam Fanny was unable to hold a full time job because she had to take urgent leave whenever one of her children fell ill.

With SCS's help, the family managed to apply for the financial assistance scheme which lifted a great burden off their shoulders.

Unfortunately, Mike was unable to keep up academically and did not pass his Primary School Leaving Examination (PSLE). Madam Fanny decided not to let her son retake the exam and chose to send him to Assumption Pathway School (APS) for vocational training instead.

Upon his mother's suggestion, Mike joined the baking programme at APS and has continued to learn about the culinary arts ever since.

Although she laments that she was not able to teach him well, Madam Fanny had already guided him through many developmental milestones in his childhood.

At home, Madam Fanny also instills a sense of responsibility in Mike by entrusting him to care for his younger sisters.

Why did she decide to volunteer with SCS?

Madam Fanny replied: "It's my way of giving back to the centre that has helped my son. I'll help in whatever way I can."

She has an interest in cooking and baking, and has often generously sponsored the baked goods she prepares for events at SCS.

She prepared desserts and snacks weekly for the children and volunteers of the centre's programmes.

With her son and other youths' assistance, Madam Fanny also baked pastries for corporate volunteers during their visit.

In addition, she baked cupcakes for some of the centre's drop-in programmes at other schools.

Madam Fanny recounted that she once worked through the night to bake nearly 200 cupcakes with her children's' help.

Being able to contribute to a good cause makes her happy, she added.

Madam Fanny also encourages her children to help out at the centre whenever they have time.

Having received support while taking care of a child with special needs, Madam Fanny was quick to introduce one of her friends who also has a child with autism to SCS.

Now, Mike has turned 19 years old and is currently juggling his studies with an internship.

Looking forward, Madam Fanny hopes that her son will be able to secure a job and become more self-sufficient.

Your support for SCS' work will help them to continue providing programmes and services for the children and youth under their care to maximise their potential. To donate to SCS, please go to www.sggives.org/scs; to partner them for Corporate Social Responsibility initiatives, please contact Rae Mok (Ms), Manager, Community Partnership, at 62869905 or email rae_mok@students.org.sg; to find out more about the work they do, visit their website at http://www.students.org.sg.