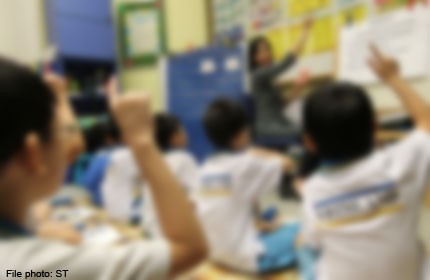 SINGAPORE - The OSC dialogues often reveal to Mr Heng gaps between what the Government thinks it is doing and what people perceive it to be doing.

In the education dialogues, he was struck by the wide gap between what schools think they are doing - to develop every child to the best of his ability - and what parents perceive to be going on in schools.

"Unless we bridge that gap, we will always have a problem in terms of how parents perceive education," he said. "And that's why we decided to expand quite significantly the engagement of parents."

Such a perception gap has been written about in Europe and the United States. It is known as the "40-year gap" because parents with children in primary school attended primary school 40 years ago.

"At the same time, our educators are trying to see how we can prepare the Primary 1 child for life, 40 years hence. So you actually have two 40-year gaps to cross," he said.

Another worrying gap is in health care. Participants at times decried the system as unaffordable, but when Mr Heng asked if they knew of schemes to defray costs, like the Community Health Assist Scheme (CHAS), they did not.

CHAS gives middle- and low-income Singaporeans subsidised treatment from private general practitioners and dentists, and access to some brand-name drugs for half the price. "Therefore, one big takeaway I have is that the same things have to be repeated over and over again and we really need to do a better job of reaching out to fellow Singaporeans whenever we have important policy changes," he said.