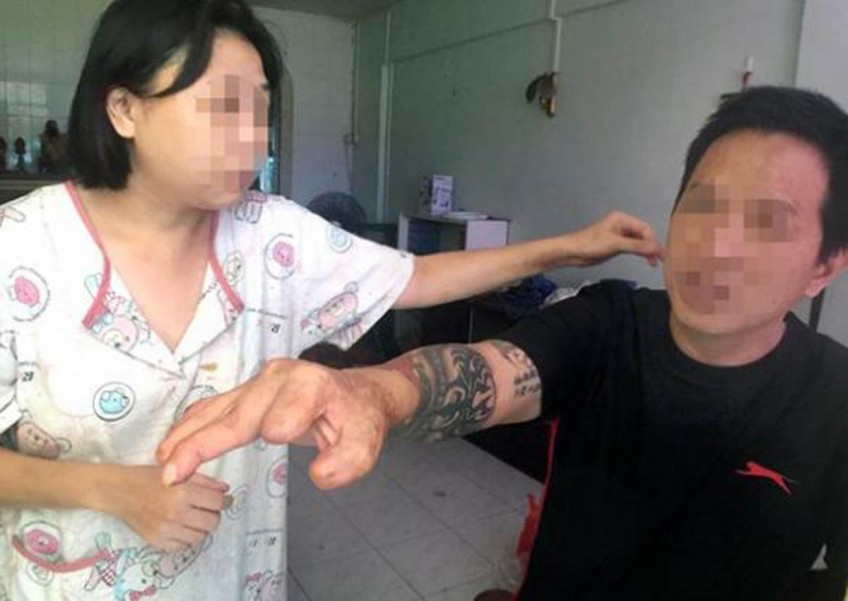 A simple case of rental turned into a nightmare for a 51-year-old homeowner when his tenants refused to move out of his flat even after owing three years of rent, causing him to become homeless instead.

The owner who works at a supermarket had lived in his three-room flat at Hougang Avenue 8 for over 30 years, reported Shin Min Daily News.

He told reporters that to supplement his income, he had started renting his house out 10 years ago.

He also divulged that all his tenants were foreigners and had never run into any troubles with them, until this local couple came along:

"The agent who recommended the couple told me that they had proper jobs and there weren't any problems, so I decided to rent it out to them.

"I did not expect to run into such trouble."

According to the owner, the couple moved into his flat in July 2013.

Although they had paid their rent as per normal for the next nine months, they suddenly stopped, and even refused to move out:

"Whenever I ask them for the rent, they would plead with me to let them stay instead.

"The woman would even kneel.

"She asked me to give them six months more to find jobs and would then return the money they owe to me."

Not wishing to be inhumane, the owner agreed, but the situation kept repeating itself.

Finally, at his wit's end, the owner decided to move out and rent a house from a colleague instead.

"It's been three years and I had given them many chances, yet they deliberately delay payment and refuse to move out.

"My family members worry for my safety and advised me to move out."

He has lodged a police report and sought various organisations for help but the situation has not been resolved.

The owner said in exasperation:

"I have a home, yet somehow I'm homeless and have to rent a room from someone else.

"This is laughable indeed."

The police have confirmed the incident.

When reporters visit the unit yesterday (Mar 11) they found the couple living in the unit.

The 35-year-old woman told reporters that her husband had sustained injuries after getting into an accident while driving a cab last year.

She claimed that he had head injuries and two broken fingers, and was therefore unable to work.

On the other hand, she said she has depression and Lupus erythematosus, an autoimmune disease, and was too, unable to work:

"We tried picking up soda cans, but didn't know who to sell them to.

"Our individual family members all have troubles and are unable to help us.

"We haven't eaten in two days either."

When asked about accusations that she had stolen before, the woman admitted that she had taken a $1.80 soft drink from a shop, but returned the money to the shop keeper after feeling guilty about her misdeed.

The couple has also planned to move out by next Friday, citing that they felt indebted to the owner, but had no idea where they should go or whom to go to for help.