From hotel to private club 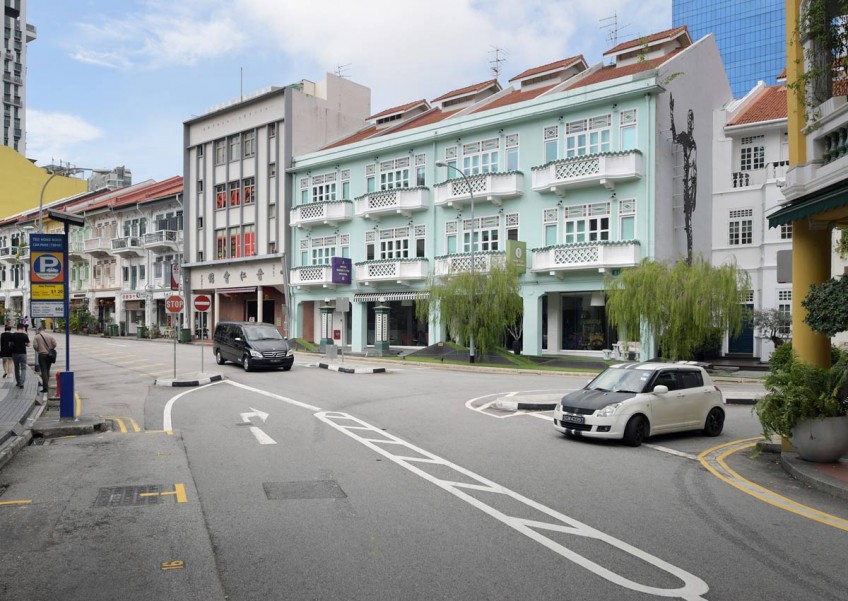 The trendy boutique hotel has quirky design touches, including a human-figure sculpture by Israeli-British artist Zadok Ben-David on its exterior.
The Straits Times

Almost 11 years after it opened, New Majestic Hotel, the trendy boutique property in Bukit Pasoh Road, will be turned into a private members' club.

Called Straits Clan, the new concept will have dining establishments, bars and facilities such as a gym, spa and events hall. It is slated to open in the first half of next year.

The private members' club is founded by Mr Aun Koh, co-founder of integrated communications agency The Ate Group; Ms Sally Sim, who works in the hospitality industry with a background in private members clubs; and Mr Wee Teng Wen, co-founder of hospitality company The Lo & Behold Group, which has dining concepts such as The White Rabbit in Harding Road and the two-Michelin-starred fine-dining restaurant Odette at the National Gallery Singapore.

The concept of Straits Clan takes its cue from the history of the area, which had many clan associations.

A spokesman for the club says: "We hope to reinvent the idea of a clan and bring together a community defined not by race, wealth or status, but by other interests and commonalities. Straits Clan will be a place for work, wellness, play and personal development."

He declined to say how much membership will cost or who the club will be targeting as members, as "we are not opening up applications as yet".

However, a job posting for an executive chef at Straits Clan on ChefsMeeting.com, an online directory and job portal for chefs,states that the club is being marketed as a "network of creatives, makers, doers, dreamers, entrepreneurs, activists, high achievers and iconoclasts".

It also says that the dining establishments in the 22,000 sq ft space will include a signature restaurant serving modern Asian, producedriven fare and a gastropub focusing on local and South-east Asian food.

Mr Loh Lik Peng, 44, founder of Unlisted Collection, the restaurant and hotel group which owns New Majestic Hotel, says it is "heartbreaking" to give up his prized flagship property.

However, it made more business sense for him to convert it to a different use.

"The hotel is doing well, but it's a tired product. We have to step up our game if we want to stay in the game," he says.

"But if I kept it as a hotel, it would require a massive renovation, so I considered if it could be used for another purpose. Then the club idea came along and it worked well for me."

The hotelier bought the ageing four-storey building for $7.2 million in 2003 and spent about $3 million giving it a stunning makeover that included 30 rooms and a pool.

Local creatives such as fashion designer Wykidd Song and theatre director Glen Goei designed its Lifestyle category of rooms, putting in their own personal touches.

Quirky interior features include beds suspended from the ceiling and bathtubs in the middle of the room.

Mr Loh is also an investor in Straits Clan, though he says he is "largely the landlord and not driving its agenda".

He will hand over the property to its new tenants on June 1.

Design firm Takenouchi Webb is working on the interiors for Straits Clan.