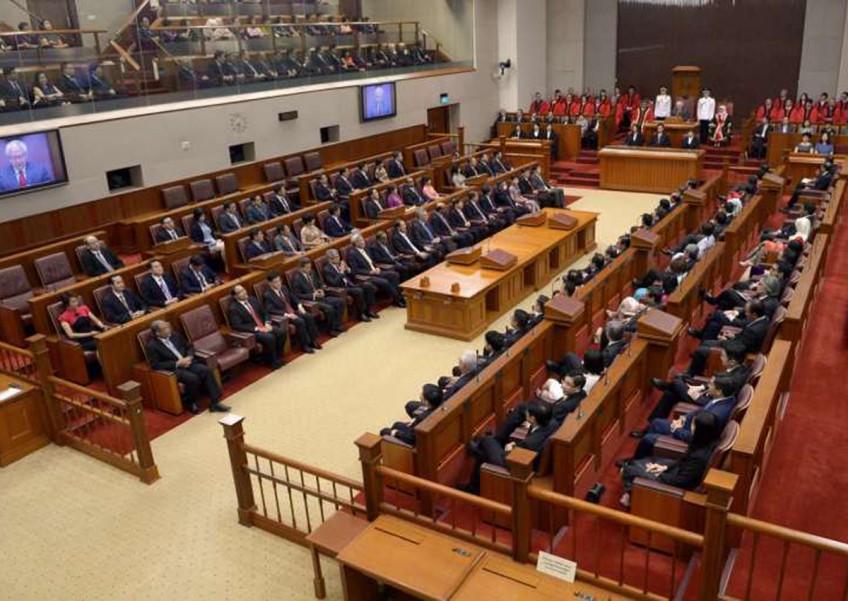 President Tony Tan Keng Yam addressing the 13th Parliament of Singapore at its opening session on January 15, 2016.
The Straits Times

Proposed changes to Singapore's political system drew the approval of MPs yesterday, the fourth day of debate on the President's Address.

They also rebuked Workers' Party leader Low Thia Khiang (Aljunied GRC) for comments made outside Parliament the day before.

The only opposition MP to speak yesterday, Mr Low did not comment on the specific changes proposed but gave an alternative view of what makes "good politics", arguing that the outcome should not just be good policy and a lack of gridlock - as Mr Lee had suggested - but a resilient political system.

Earlier, on Wednesday night, Mr Low told reporters that his party had to study the changes carefully.

Mr Lee had proposed to giveNCMPs full voting rights and expand the minimum number of opposition MPs, including NCMPs, from nine to 12.

But Mr Low drew a clear distinction between NCMPs and elected MPs, comparing the former to rootless "duckweed" on the surface of a pond - a comment which PAP MPs seized upon yesterday.

Ms Rahayu Mahzam (Jurong GRC), for instance, took issue with Mr Low's point that NCMPs have no roots in constituencies.

"Nothing stops the NCMPs from going to the ground, doing house visits, organising sessions to gather the ground concerns," she said.

The NCMP scheme "not only introduces greater diversity and debate in Parliament, it helps opposition members gain exposure and recognition", he argued.

Mr Tong also defended the need for "the very most stringent conditions and criteria" for the Elected Presidency, given the weighty responsibilities of the role.

Tightening the eligibility criteria is one aspect of the upcoming review by a Constitutional Commission, which will also look at strengthening the Council of Presidential Advisers and ensuring that minority presidents are elected periodically.

The proposed political changes were just one thread in yesterday's parliamentary sitting, with speeches ranging over topics such as the elderly and families.

The debate on the President's Address continues for the last day today, with the six elected WP MPs in the House set to move a motion to fill the NCMP seat rejected by Ms Lee Li Lian.