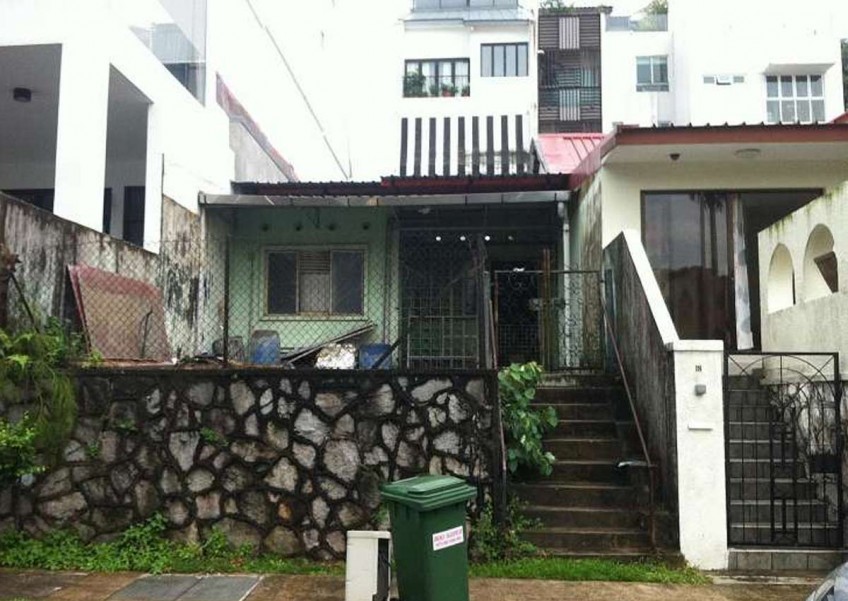 The house at 17 Jalan Batai, off Upper Thomson Road, where the two sets of remains were found. The two sisters who lived in the house were reclusive.
Ang Qing

The single-storey terrace house at 17 Jalan Batai, in which the skeletons of two elderly women were discovered - nearly a decade apart - may soon lie empty no more.

In an unprecedented move, the Public Trustee's Office (PTO) is asking interested parties to submit their claims on the estate of the sisters - Pearl and Ruby Tan - which includes the house owned by Pearl, by July 31, a PTO spokesman said.

While there is now one claim on the estate by a cousin on the maternal side, a Sunday Times report on the Tan sisters in May that quoted a cousin on the paternal side "brought up the possibility that there could be more surviving cousins, so this motivated us to reach out to The Straits Times", the PTO spokesman said.

"We thought that it would be better for anyone that has a claim to come forward so that we can assess them all together."

Two nephews and a niece on the paternal side have also expressed interest in claiming the estate following recent media coverage, said the spokesman, though none have done so officially.

Pearl and Ruby Tan would have been 81 and 68 in 2006, when a skeleton was found in the toilet of the house they lived in by National Environment Agency officers.

Last September, a worker clearing rubble from the guest room found a skull and a thigh bone.

An open verdict on the latter set of remains was entered in May, echoing the decision reached in the earlier case. Foul play was ruled out in both cases, and neither set of remains could be identified.

Neighbours and relatives told The Sunday Times in May that the sisters had not been seen in over a decade.

The High Court issued an order last June that both sisters be presumed dead; as they left no known will and have no legal beneficiaries, their assets go to the State under the Intestate Succession Act.

However, under the Civil Law Act, any person can make a "moral or equitable claim" on a bona vacantia - ownerless estate - by demonstrating their link to the deceased.

The PTO, under the Ministry of Law, administers such claims.

Considerations for bona vacantia claims include the length and nature of the relationship between the deceased and claimant, any legal or moral obligations which the deceased had towards the claimant and any contribution made by the claimant to the welfare of the deceased while alive. If the Law Minister is satisfied with the claim made, he can disclaim and release either part or all of the Government's right to the estate to the claimant.

As part of the verification process for the Tan sisters' case, PTO deputy director Tan Yu-Wen spent three weeks searching the National Library Board's digital newspaper archives, and pieced together a family tree that includes Pearl and Ruby's parents, grandparents, aunts and uncles on both sides.

She said: "We don't usually do family trees - this case is unique, as typically the claimants in such cases are foster children who have not been legally adopted by the deceased, so it is quite straightforward."

The PTO could not disclose the value of the Tan sisters' estate or other assets belonging to them, though the spokesman said that typical assets forming an estate include cash and shares.

SLP International Property Consultants' executive director, Mr Nicholas Mak, said that it is hard to estimate the value of 17 Jalan Batai without knowing its land area.

But he noted that a three-storey house on the same street had sold for $3.75 million last month.

While there may be more claims to come, Madam Phyllis Tan, a paternal cousin who was once close to Pearl, will not be one of them.

Said the 84-year-old: "I'm not interested. I just want to keep the memories of Pearl and Ruby."