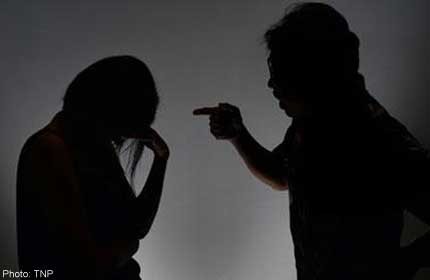 PETALING JAYA - A housewife has claimed trial to charges of abusing her Indonesian maid by beating and scalding her.

Chai Eng Fong, 40, was charged in the Sessions Court with causing hurt to the 30-year-old woman by hitting and pouring hot water on her, leading to injuries to her face, head, ears, breast, back and thighs.

She was slapped with a second charge of exploiting her maid by coercing her into forced labour, an offence under Section 14 of the Anti-Trafficking in Persons and Anti-Smuggling of Migrants Act.

The offences were alleged to have taken place at Chai's home in Subang Bestari, Shah Alam at 7pm on Aug 8.

The mother of four claimed trial to both offences, which each carrying a maximum of 20 years' prison term and a fine upon conviction.

DPP Zhafran Rahim Hamzah urged the court to use its discretion not to allow bail as the alleged offences were an issue of public interest.

Judge Rozina Ayob allowed bail at RM25,000 for each offence, with additional conditions that Chai surrender her passport, stay away from the maid and witnesses and report to a police station once a month.