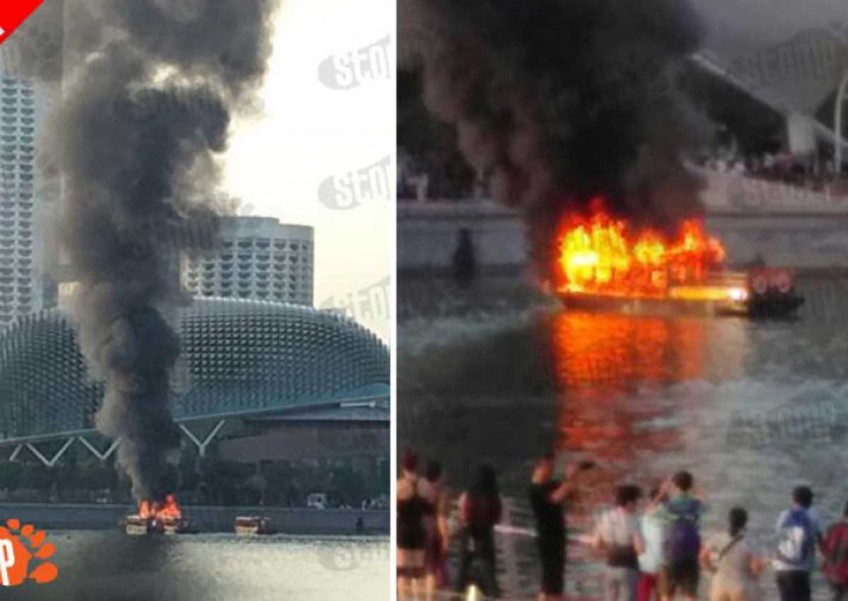 A search operation is underway for a missing person on board a boat that was on fire near Esplanade's Outdoor Theatre on Tuesday evening (July 12).

A Facebook post at 8.10pm by the Singapore Civil Defence Force (SCDF) stated that divers have launched a search operation for the unidentified individual.

There are no other reported missing persons or injuries.

At 6.26pm, SCDF was alerted to a boat on fire in the Singapore river near Esplanade Drive. The fire engulfed a passenger boat, or better known as river taxi, and was extinguished by SCDF using two water jets from the river bank.

It is unclear what happened but according to one Stomp contributor, Jeffrey, he heard a loud bang before he saw the flames.

He said: "The boat was a passenger boat, the kind that tourists take to go down the Singapore River.

"I think the fire was caused by the the boat hitting a wall", he added.

SCDF personnel were at the scene putting out the fire. Another Stomp contributor reported seeing two fire engines as well as an ambulance at the scene.