Humour: Fired over a game 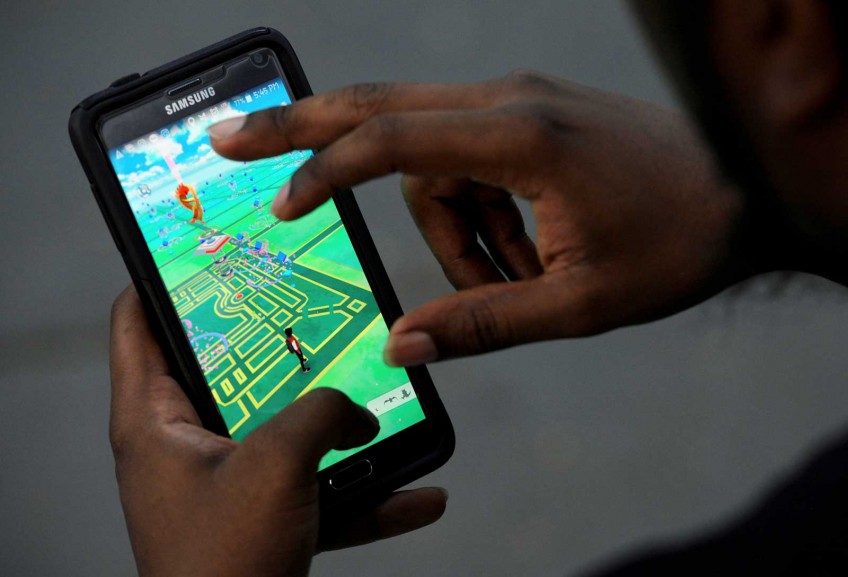 A virtual map of Bryant Park is displayed on the screen as a man plays the augmented reality mobile game "Pokemon Go" by Nintendo in New York City, U.S. July 11, 2016.
Reuters

I once ate 10 Taco Bell tacos in one sitting.

That is neither a boast nor a cry for help.

I mention this only to illustrate how much I used to like Taco Bell tacos.

This was years ago, when I was living and studying in America.

Returning to Singapore after graduation, I was hoping to recreate my 10-taco feat but was distraught to find out that my favourite faux Mexican food place hadn't opened here yet.

We had McDonald's, Burger King, KFC and Pizza Hut but no Taco Bell?

The world didn't make any sense to me.

There was no social media back then too. If there were, I would probably have gone on Facebook and posted something like: "You can't freaking get tacos in this piece of freaking turd country."

My guess is Mr Sonny Truyen must have felt as passionately about Pokemon Go as I did about Taco Bell.

That's the Australian guy who was fired from property portal 99.co last week after posting on Facebook: "You can't ****ing catch pokemon in this piece of ****ing s*** country."

The unavailability of Pokemon Go is probably also the reason that Standard Chartered bank robbery suspect David James Roach, who was arrested in Thailand, doesn't want to be sent back to Singapore.

Mr Truyen's job title was vice-president of digital marketing, which is ironic since he essentially digitally marketed himself out of a job.

You would think that someone who described himself as a "battle-tested digital marketer with 10 years' experience directing marketing and technology teams at global arena" would, you know, be familiar with how the Internet works.

Okay, maybe he hadn't been in Singapore long enough to have heard of Amy Cheng, Anton Casey or Edz Ello since Mr Truyen wasn't in the job for more than a week before he was fired.

In less than 24 hours of the Pokemon post, 99.co CEO Darius Cheng apologised for his employee on his company blog and announced that 99.co had "terminated" Mr Truyen's "engagement".

I guess the wedding is off then.

Usually, when the online lynch mob targets someone, it would demand an apology and/or that someone be fired.

By apologising and firing Mr Truyen so swiftly, Mr Cheng robbed the online mob of its reason for being.

It happened so fast that website Mothership.sg called it a "blink and you miss it" Internet saga.

Conspiracy theorists have even suggested that since Mr Truyen is a search engine optimisation specialist, he intentionally insulted Singapore just to get 99.co to appear higher in Google search results.

Admittedly, before this happened, I thought 99.co was the website for a shop where everything is 99 cents.

Appearing contrite, Mr Truyen told website Mashable: "It was disappointing the lengths Singaporeans went at to attack me and deny any chance of making amends for my actions."

Mothership.sg asked him what "amends" he had in mind.

He said: "I think donating some time and resources to help out some local charities would have been a good start."

I'm not sure how doing charity work makes up for such a social media faux pas, but Mr Truyen is not the only one with that idea.

Remember the aforementioned Anton Casey, the professional rich guy who was run out of the country for making fun of poor people on Facebook two years ago?

Now going by the name "Anthony S Casey", the Brit is apparently back in Singapore and has created several web pages highlighting his contributions to causes like the Community Chest, Willing Hearts, Autism Research Centre and Action For Aids Singapore.

No update on whether he has managed to wash "the stench of public transport" off himself, though.

Just as Mr Casey asked to be forgiven for his "poor judgment" in 2014, Mr Truyen said it was "a very big error in judgment to negatively label an entire country over Pokemon".

Talk about an understatement.

And ultimately, that's the most embarrassing thing for Mr Truyen. He wasn't fired because he was racist or xenophobic. This is a grown man who basically lost his job because of a game.

At least Pokemon Go, which has become a worldwide phenomenon, will be released in Singapore eventually.

I've tried eating 10 popiah in one sitting, but it's just not the same.

This article was first published on July 17, 2016.
Get The New Paper for more stories.