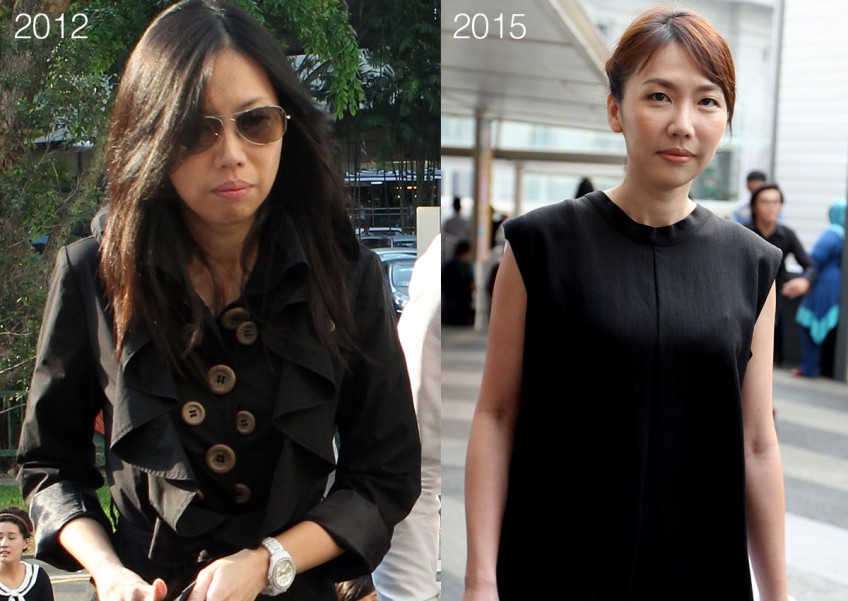 Don't know what to wear?

I have a few scary costume ideas for you.

How about a limping otter with a fishing hook attached to your skin?

How about a disgruntled Hello Kitty fan demanding a full refund at the Hello Kitty Go Around event on Sentosa?

How about a Miss World Singapore winner who is not born in Singapore?

Ooh, I just felt a shiver shoot down my spine.

As for myself, I'm calling dibs on the most blood-curdling Halloween costume of all.

No, not the white kimono outfit.

I'm talking about the skimpy red number where I'll get to show off my midriff.

Say hello to my belly button, everybody!

That's just my tasteful way of commemorating the conclusion of the marathon City Harvest Church (CHC) leaders trial that began on May 15, 2013.

It was so long ago most people didn't even know what the word "selfie" meant then.

When the trial started, you could still drink any time you liked in Little India.

On Wednesday, all six were found guilty of all charges, including criminal breach of trust. All that's left is sentencing.

For many, one sad consequence of the end of the trial is that we won't get to see former CHC finance manager and Ms Ho's occasional back-up singer Serina Wee arriving and leaving court in her Outfit Of The Day any more.

Some are even sadder that the photogenic Wee could go to jail.

It later added: "Thousands of Singaporean men volunteer as tribute to go to prison on behalf of Serina Wee."

Welcome to the SG50 Hunger Games.

But in contrast with all the attention that Wee is getting, there is another woman involved in the case who has quietly gone through a striking transformation over the course of the trial.

When we first met Sharon Tan in June 2012 after her arrest, the former CHC finance manager could have been described as the duff, which stands for Designated Ugly Fat Friend.

A duff doesn't necessarily have to be fat or ugly or female. He or she is just the less attractive friend.

The Duff is also the title of a Hollywood movie that came out earlier this year. Although it was never released in Singapore cinemas, I saw the trailer on YouTube.

According to the trailer, in a group of friends, the duff is "the one who doesn't look as good, thus making their friends look better".

And Tan certainly didn't look as good as Wee. I mean, who can?

Then last year, Tan discovered bangs and with the help of trendy clothes from the blogshop she opened with Wee, Tan suddenly didn't look so "duffy" any more.

And when she showed up in court for her guilty verdict last week with new eye make-up, I wasn't the only one who noticed.

As someone tweeted on Friday: "How the **** did CHC accused Sharon Tan go from scary old lady to Serina Wee's chiobu sidekick!?"

So even though the 40-year-old once looked like she could have been a scary Halloween costume herself, now she is a "chiobu".

It took only three years.

But so far, no one is volunteering as tribute to go to prison on Tan's behalf.

I guess once a duff, always a duff.

At least she would fit into the red China Wine costume better than I can.

May the odds be ever in your favour.