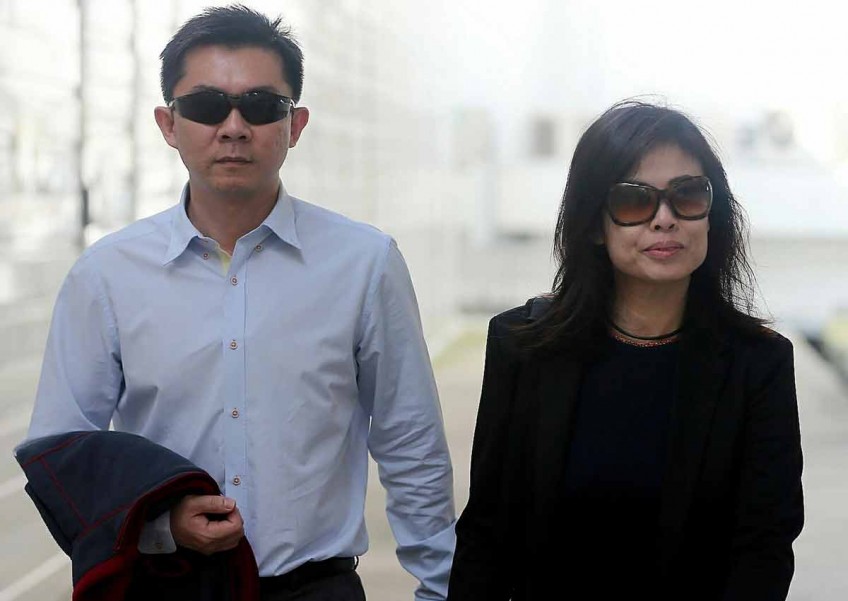 SINGAPORE - A husband and wife pair were sentenced on Friday (Mar 10) to 28 months' and two months' jail respectively for physically abusing two foreign domestic helpers that they employed.

According to online reports, Tay, a former IT manager, was found guilty of abusing Ms Fitriyah, as well as offering to pay her salary and send her home in return for not reporting his offences. He was also found guilty of bribing her to lie to the police that he did not abuse Ms Than.

Meanwhile, Chia was convicted of slapping Ms Fitriyah twice and punching her on the forehead in 2012.

The couple's offences only came to light after Ms Than lodged a police report against them, according to the Chinese evening daily.

Read also: Maid says she was punished in bizarre ways

Shin Min Daily News reported that the prosecution sought heavy sentences for Tay and Chia, citing aggravating factors such as repeated abuse over an extended period, the severity of the assaults and the couple's abuse of their authority.

For example, in one instance Tay punished Ms Fitriyah by making her stand on one leg on a stool while holding on to another stool. He also forced a bottle into her mouth, and she was forced to maintain the posture for half an hour, Wanbao reported.

In another instance, when Tay suspected that one of the maids had touched a statue in their Yishun home, he made them slap each other before forcing them to pray before the statue 100 times.

Meanwhile, Wanbao reported that Chia imposed unreasonable restrictions on the maids. She allegedly only allowed them to drink water and use the toilet three times a day, and would make them "jump like a rabbit" around the flat if they failed to obey the rule.

Having faced abuse for a few months, Ms Fitriyah decided to deliberately steal $50 from Chia's wallet in the hope that she would be sent home. However, the couple instead made her sign a confession letter that also praised their kind characters.

The couple have appealed against the conviction and sentences. They are currently out on bail, which was set at $15,000 each.

In a statement, the Ministry of Manpower (MOM) stressed that while cases of employers mistreating maids are rare, the authorities will take strong action against employers when they do occur.

MOM added that Ms Fitriyah had been provided counselling, and has been able to put this difficult episode behind her.