I miss it, but mafia life is evil 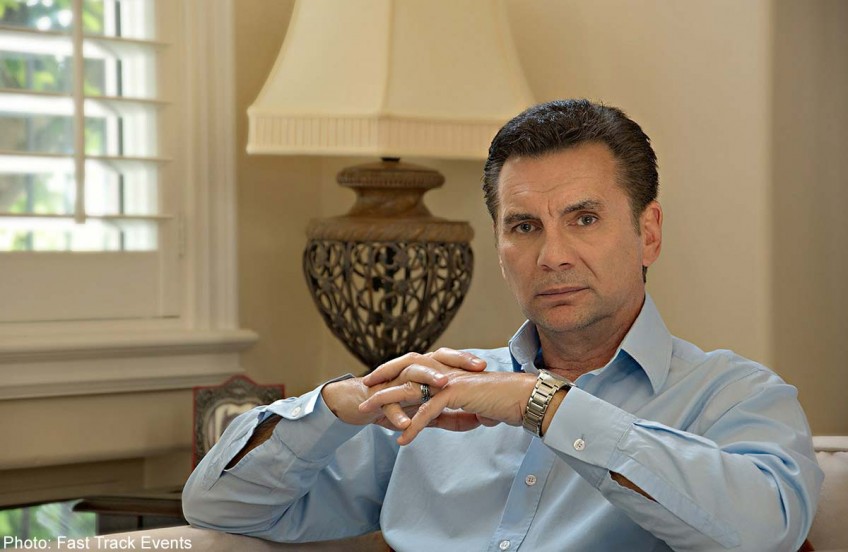 Former mafia boss Michael Franzese, who has walked away from a life of crime to become a motivational speaker.

He was once named one of Fortune magazine's top 50 Wealthiest and Most Powerful Mafia Bosses.

As a caporegime (Mafia term for captain) for the notorious Colombo crime family, which dominated organised crime in New York City for decades, Mr Michael Franzese made "millions per week" through illicit activities such as gasoline bootlegging, counterfeiting and extortion.

"By the age of 29, I was a multi-millionaire. I had a jet plane, a helicopter, all the bells and whistles anyone needed," said Mr Franzese, 63.

That is, until the long arm of the law caught up with the Brooklyn native and sentenced him to a decade in prison.

Now, he is a motivational speaker who wants to tell the world how to walk away from a life of crime and start life anew.

Mr Franzese, who will be in Singapore next month to host a business seminar, condemns the mafia life.

"To be clear, I am not calling the men involved evil. I will not judge them because I was one of them, too. And I never cooperated with the government to put any of my former associates in prison," he told The New Paper.

"But the life is evil because its members and many people they come in contact with are hurt badly. Families are devastated."

While Mr Franzese calls the film "brilliantly done and as close to the (mafia) life as you can get", he gave some trivia.

"Out of all the real-life mob guys portrayed in the movie, I'm the only one still alive," he said.

He also cleared up some of the common misconceptions about the mafia's lifestyle. As it turns out, acts of violence and debauchery are often "exaggerated in the media or by informants".

"Violence is an unfortunate reality. However, the mafia's violence was not random. It was very controlled and employed with great consideration most of the time," shared Mr Franzese, who has in previous interviews denied that he ever killed anyone.

As for debauchery, it was almost nonexistent, he claimed.

"Debauchery? No! Remember, the mafia life is one of respect. We had to carry ourselves with respect at all times. Some of the men didn't, but I chose to."

Sports match-fixing was a huge part of his illegitimate profiteering, he recalled.

"I was heavily involved. I knew the (business) inside out and it was easier to fix a match than you might think," said Mr Franzese.

Sadly, it is not something that will go away anytime soon, he foresees.

"Match-fixing will always be big business for the mafia, in fact bigger today than in my day because there is so much more access to gambling now.

"Mobsters will always be on the hunt to fix the next game, either by corrupting a player, a coach, or a referee."

His life of crime came to an end in 1985, when he was convicted of racketeering and tax conspiracy, and sentenced to 10 years in jail and ordered to pay US$14 million (S$17 million).

Mr Franzese said that although he now walks the straight and narrow path, there are parts of his old life he misses.

"I certainly have some fond memories of La Cosa Nostra (Italian for "this thing of ours", referring to the mafia life), as well as my share of difficult memories," said the father of six and grandfather of two.

"I miss the brotherhood I enjoyed with some of the guys I really loved. I will always carry part of the life with me, both the good and bad."