'I want my kids to have a better life than mine' 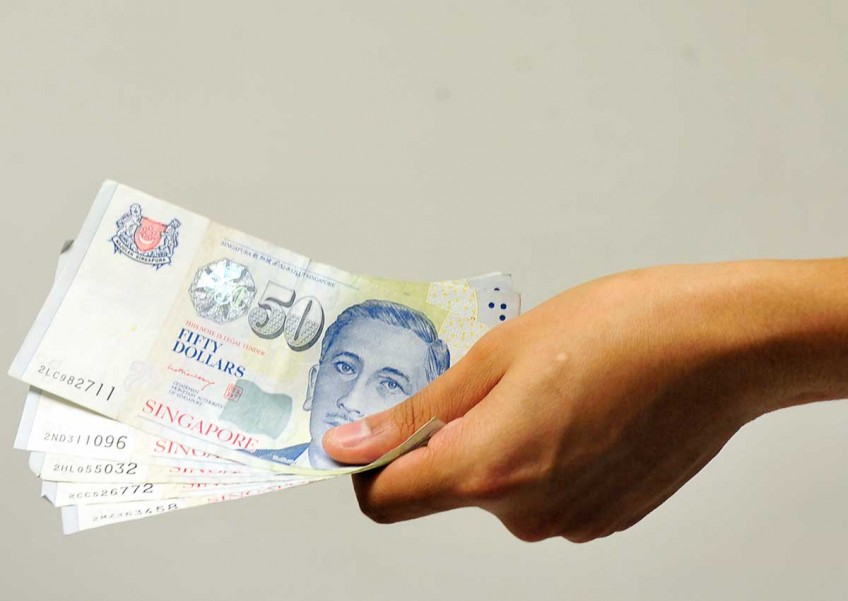 She is $60,000 in debt and has to work two jobs, just so she can send her six children to school.

In hope of a better life for them, the 54-year-old woman, Anna (not her real name), puts almost every cent she earns into her children's education.

She spends up to 16 hours a day, five days a week, working as a full-time cleaning supervisor, and another eight hours on her days off working part-time in a kitchen.

Yet their salaries have not been enough to cover their children's expenses and send them to school, resulting in them having chalked up $60,000 in debt from bank loans.

There are various bursaries and assistance schemes available, but Anna said she does not apply for them as she feels others need them more.

"At least we have a roof over our head and can work," she said.

"There are others who don't even have a home or who are disabled who need the help more."

Anna herself stopped studying after secondary school, but she hopes that her children pursue further education.

"I want to raise them up to have a better life than mine, and so, education is important," she said.

"I don't want them to make the same mistakes I did, not studying when they can."

The story of parents sinking all their money into their children is a common one.

But unlike the average family, the couple have six children, and work to support all but one, a daughter, who has married and moved out.

That daughter, 29, stopped studying after her O levels and is now financially independent.

But four of Anna's children took the polytechnic route, each costing her about $20,000 for their three-year course.

Anna did not use money from her Central Provident Fund (CPF) for their education as she is using it to pay for their four-room flat.

Her husband used his for their education, but even then it was not enough.

Her 23-year-old son and 19-year-old daughter have completed their polytechnic education, while two of her other sons, aged 21 and 22, are still studying in a polytechnic.

Her youngest son is 16 and she hopes that he, too, will continue his studies after secondary school.

But money continues to be a problem.

Before 2014, Anna and her husband had to carry the financial burden alone, struggling to make ends meet.

The couple ate all their meals at home, choosing to split whatever little money they had left among their children.

"We couldn't afford to eat outside, but our children had to eat in school," she said.

"They were each given $5 a day, even when studying in poly, because that's all we had."

She added that the family was also very careful when using utilities at home.

"We had to take money from relatives to even have electricity for lights," she said.

"There were times that we didn't have money to even top up the gas to cook."

The financial burden Anna carried almost caused her to break down, but then she found out about Credit Counselling Singapore (CCS).

"I thought, I'm on my own in this, that nobody can help me," she said.

"Then I happened to watch a programme on television which said I could call CCS."

Anna approached CCS in 2014 and they negotiated with the bank on her behalf, coming up with a plan for her to pay back the debt.

She said the plan drawn up by CCS has helped her greatly and she should be able to settle her debt within five years.

But if her children make it to university, she would not hesitate taking another loan and accumulating more debt.

"I would do the same thing and live with the debt. It's very important for them to get an education," she said.

"I prefer to be poor myself and my children get good jobs. If they can go to university, we'll work something out so they can go."

Anna does not expect her children to pay her back for their education fees and only hopes they go on to be successful and contributing members of society.

"I want them to have better lives, to be independent," she said.

"If they give me money each month next time, then good. But if they don't, I'm happy just to know that they can survive on their own."

She added that her dream was always to own her own food stall, but it has to be put aside for now.

"No matter how hard it is, I have to continue doing what I'm doing now, just so I can settle the debt and my children," she said.

"It really isn't easy at times, but I tell myself that at least I still have my two hands, and so I can work and hopefully make a better life for them."

This article was first published on July 11, 2016.
Get The New Paper for more stories.