Idea was to spread Gospel via pop music 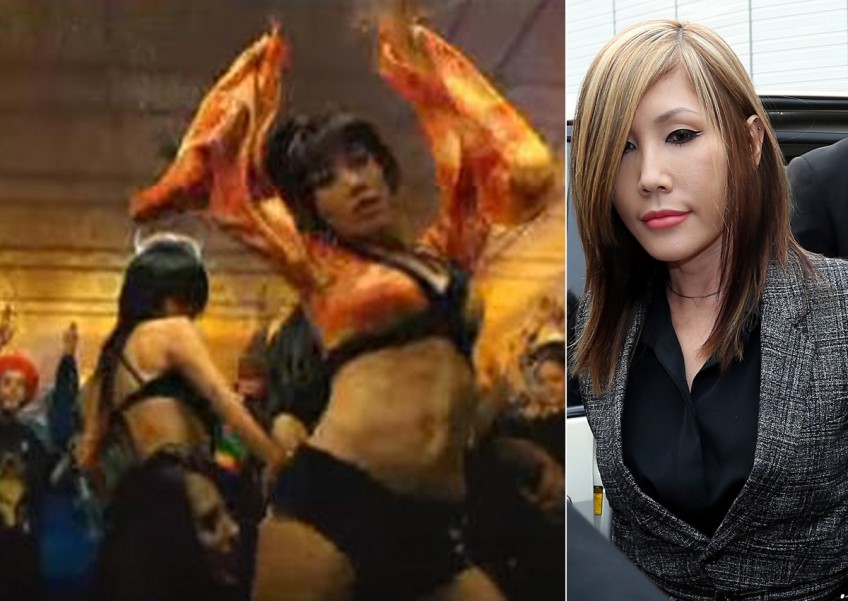 Ms Ho displaying her dare-to-bare attitude in her China Wine video (left) in 2007 that attracted much attention.
YouTube screengrab, The Straits Times

The City Harvest Church trial, which fascinated Singaporeans and attracted worldwide attention with its heady mix of faith, money and fraud, apparently had its roots in one simple desire - to reach out to non-Christians all over the world through music.

But it led to the misuse of $50 million in church funds, and conviction of six church leaders, including founding pastor Kong Hee.

He and his wife Ho Yeow Sun first toyed with the idea of spreading the Gospel using pop music in 1999, when they began to modify the lyrics of secular songs to include Christian messages.

Buoyed by the positive response to her performances, Kong thought it viable for his wife to record an album of contemporary Christian music. But a Taiwanese music producer told Kong that Ms Ho had the potential to be a secular music artist.

In 2002, the Crossover Project to spread the church's message through pop music was born.

Later that year, Ms Ho made her Mandopop debut with her album Sun With Love, which quickly sold some 50,000 copies in the Taiwanese market and more than 30,000 in Singapore.

More popularly known by her stage name Sun Ho, she kept to her then wholesome image, fronting the album cover with a close-up of her barely made-up face, complete with freckles.

Her fame was further secured with the release of her second album the same year. Titled SunDay, it beat Taiwanese boy band 5566 and homegrown singer Stefanie Sun to win Best Selling Album of the Year at the Singapore Hit Awards in 2003.

Both albums were directly funded by CHC, an arrangement that soon ended in 2003 after a former church member alleged that church money had been used to boost her career.

With the media spotlight trained on the church and its use of funds, Kong decided that the church should be much more discreet in how it funded the Crossover Project. Music production company Xtron was set up in June 2003, and on the same day, Ms Ho was signed on as an artist. Previously, she was managed by City Harvest Pte Ltd and Attributes Pte Ltd, both subsidiaries of CHC.

Thus it fell to Xtron to finance her music career, and it did so particularly through donations by individuals. Often, donations which would otherwise have been made to the church's building fund were instead redirected to Xtron.

The firm also received revenue directly from CHC by sub-leasing a hall at the Singapore Expo to the church for its weekend services and providing audio-visual and lighting services, which the church did in-house before, for a monthly fee.

In March 2003, Kong went to the US to preach as a guest speaker in a church and told its pastor, who formerly worked in the entertainment business, about the Crossover Project. Intrigued by its concept, she encouraged Kong to take the project over to the US and even circulated samples of Ms Ho's music among her industry friends.

It was through her that Kong got to know music producer Justin Herz, who once worked for MTV. The US phase of the Crossover Project was launched in 2003.

Over the next seven years, Ms Ho released several English singles, five of which made it to the Top 10 of Billboard's Hot Dance Club Songs. Each single stayed on the charts for between 13 and 16 weeks.

In June 2005, Kong and Mr Herz finally firmed up plans to release Ms Ho's debut US album by March 2006. However, Mr Herz later insisted the album was not ready and Kong deferred to his advice.

In May that year, Grammy-winning producer and Fugees co-founder Wyclef Jean, who commanded a fee of US1.5 million (S$1.9 million), was brought in.

It was a move that substantially increased the amount of money needed to fund her album, which was expected to cost more than $11 million. The CHC leaders believed that Jean's involvement would eventually help to sell the album's projected 1.5 million copies. By then, Ms Ho had long shed her clean girl-next-door image for a strong dare-to-bare attitude.

Tongues wagged, especially when she appeared in a slinky red Armani dress with a plunging neckline at a Hollywood event in 2003.

However, Ms Ho's English single China Wine and its music video - a collaboration with Jean in 2007 - attracted the most attention.

In the video, she adopts a persona called Geisha and prances about in a racy midriff-baring top and micro hot pants.

Other music videos such as the reggae-inspired Mr Bill (2009) also feature Ms Ho in tight, revealing outfits. In the song, she talks about killing her fictional husband, Bill, and "sending him to the cemetery" for making her "cook and clean".

Both videos were heavily criticised for their negative portrayal of the Asian stereotype.

Plenty of eyebrows were also raised over her lifestyle in the US, where she lived in an upscale area of Los Angeles where the likes of Brad Pitt resided, in a house supposedly costing more than $20,000 a month.

It was later revealed in the trial that Xtron was bleeding heavily, and that even her Mandarin albums incurred losses.

In fact, Xtron and the Crossover team had relied heavily on sponsorship from CHC members or supporters to prop up her Mandarin album sales and promote her career.

It was thus "no more than optimistic hope" to believe that her debut US album would be able to sell more than 200,000 copies, as Kong and the other five church leaders had so fervently expected.

The BBC detailed how she was restyled as a "vampy rapper-singer" in 2007 and produced singles which met with limited success.

Britain's The Telegraph also shone the spotlight on Ms Ho's pop star ambitions, which Kong claimed was part of the church's mission to evangelise through her music.

"The evangelical message of the brash videos with international music and modelling stars was not immediately clear," it wrote.