Ikea not recalling furniture pieces sold here as 'they are safe' 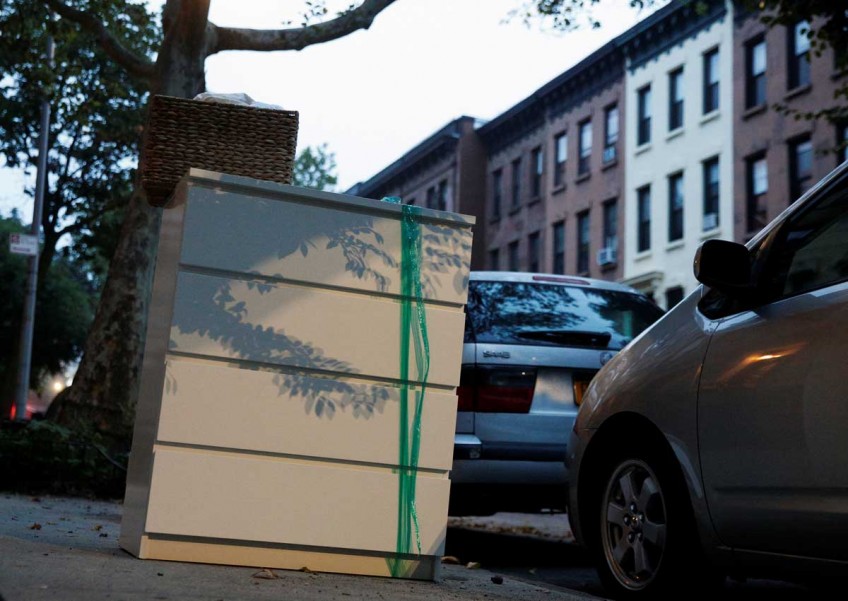 Ikea’s Malm chest of drawers has been linked to the deaths of six children in North America. However, the model will not be recalled here as it meets global safety standards, says a spokesman.
Reuters

Chests of drawers and dressers sold by Swedish furnishing giant Ikea may be linked to the deaths of six children in North America, but the products will continue to be sold here.

Ikea Singapore is not recalling the furniture pieces as they meet safety standards here and are safe when attached to the wall, a spokesman said yesterday.

But many local buyers of the furniture said they normally do not secure the drawers or dressers to the wall as they were not aware of the hazards posed.

On Tuesday, Ikea announced a massive recall of 36 million chests and dressers, including its popular Malm model, in the United States and Canada, after the US Consumer Product Safety Commission said the children - all aged three years and younger - were killed when an Ikea chest or dresser fell on them.

There will be no recall in any other countries, the spokesman for Ikea Singapore said.

The recall by its US and Canada counterparts was based on a local voluntary standard which applies to free-standing clothing storage units in North America. Those sold here meet the European Safety Standard, one of two global safety standards that the Singapore authorities require furniture retailers to comply with.

"Our drawers are safe when anchored to the wall as per the assembly instructions, using the tip-over restraint provided with the product," he said.

According to the spokesman, there was just one reported case of a dresser tipping over in Singapore, which occurred more than 10 years ago. It resulted in minor scratches.

Ikea Singapore customers who need a replacement tip-over restraint kit can contact the retailer to order one for free.

Housewife Sheela Murthy, 29, who has a three-year-old son, stores her toddler's toys and clothes in a Malm dresser that is not attached to the wall.

"It's very shocking to know this has actually toppled and led to the deaths of children," she said. "My son has played in front of this dresser so many times, often when I'm in the kitchen.

"I will be anchoring the dresser to the wall, or moving it to my room, out of my son's reach, now that I know of the hazard it poses."

Housewife Janice Lee, 35, who has a 77.5cm-tall Malm dresser, said: "It's not a tall dresser and my maids use it to store their clothes, so I don't think anchoring it is required."

Mr Ameerali Abdeali, president of the National Safety Council of Singapore, urged Ikea Singapore to re-evaluate the design of its furniture "with full safety considerations built in at the design stage". Issuing a warning to anchor the product to the wall is not a sufficient safeguard as buyers may not be able to follow the assembly instructions given, he said.

He added: "Preventive measure in anticipation of accidents is always a better alternative to any remedial measures put in after an accident has happened."