Illegal ciggies seized during raid on sundry shops in Malaysia 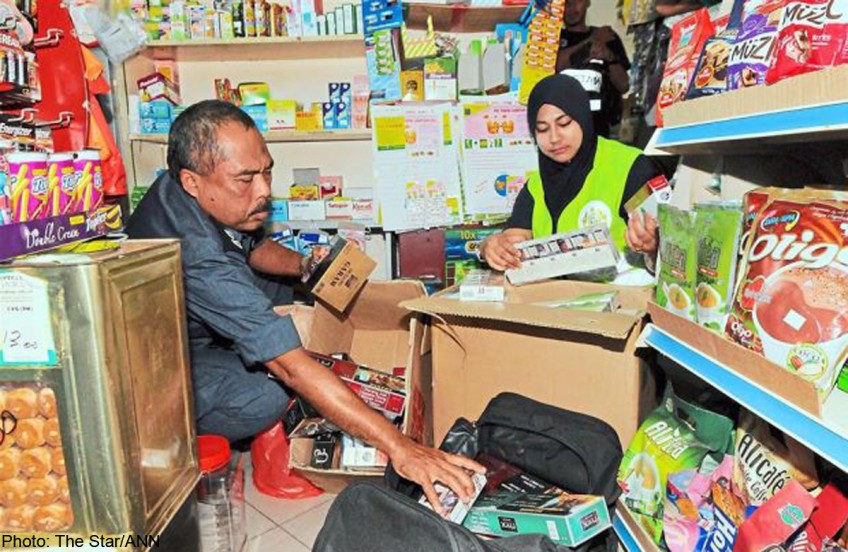 Fruitful haul: Customs officers checking some of the illegal cigarettes seized during the raid at the sundry shop in ﻿Johor Baru

The officers found packs of the contraband stored in the rear of the shop during a raid yesterday and arrested the outlet operator.

In Johor Baru, an Indian national was arrested and several cartons of smuggled cigarettes seized during a Customs raid at a sundry shop in Kampung Dato Sulaiman Menteri here.

The raiding party found the contraband hidden in boxes and a travelling bag among other goods in the store yesterday. The cigarettes seized included Gudang Garam, U2 and NYX.

Illegal cigarettes smuggled into the country are sold at between RM3.50 and RM5.

The country has lost nearly RM1.9bil due to cigarette smuggling.

Under Section 135(1)(d) of the Customs Act, those caught selling illegal cigarettes can be jailed up to three years, fined up to 20 times the value of the seized items, or both.

The Customs Department launched the Ops Outlet and Ops Pacak operations last year to crack down on the contraband cigarette trade.