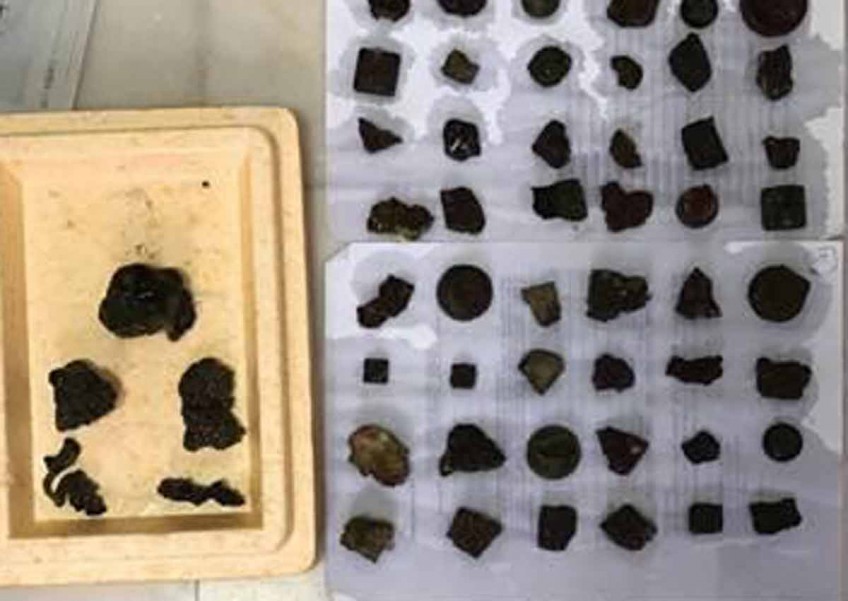 Some 80 corals that had been illegally imported into Singapore has been seized, the Agri-Food and Veterinary Authority (AVA) and the Immigration and Checkpoints Authority (ICA) said in a joint statement on Monday (April 3).

They had been imported from the Philippines, and were falsely declared as "plastic aquarium ornaments".

The corals, which included 75 hard corals and five soft corals, were picked up at the importers premises, where they had been wrapped in plastic bags lined with paper, and conceals in ceramic mugs.

They are now under the care of Resorts World Sentosa while the case is investigated.

According to AVA, hard corals are a protected species under the Convention on International Trade in Endangered Species of Wild Fauna and Flora (CITES), to which Singapore is a signatory. Therefore, CITES permits are required for the import, export or re-export of CITES species, including their parts and products.

Under the Republic's Endangered Species (Import and Export) Act, offenders can be fined up to $50,000 per scheduled species (not exceeding a maximum aggregate of $500,000). They may also be jailed for up to two years.

Meanwhile, although soft corals are not protected under CITES, they were seized together as they had been falsely declared.

Both agencies stressed that the Government adopts a zero-tolerance stance on the use of Singapore as a conduit to smuggle endangered species.

The authorities also reminded travellers against brining live animals, birds and insects into Singapore without a proper permit.