Imam who made insensitive remarks to be sent home, fined $4,000 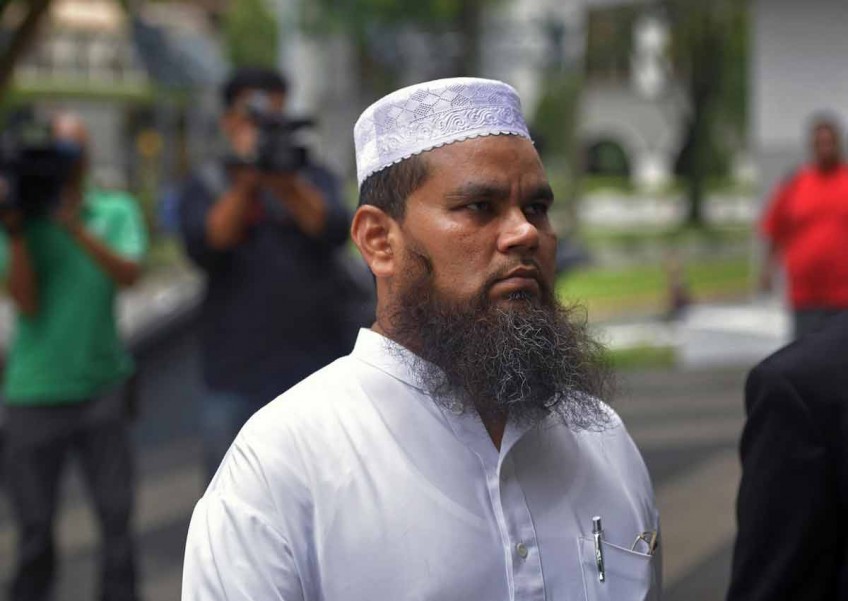 A religious teacher who made insensitive comments about Christians and Jews will be sent back to his home country.

Imam Nalla Mohamed Abdul Jameel Abdul Malik, who is from India, was also fined $4,000, the Ministry of Home Affairs said in a statement.

On Monday (Apr 3), the 46-year-old was charged with the offence of committing an act prejudicial to the maintenance of harmony between different religious groups.

"Nalla has paid the fine. He will be repatriated," MHA said.

Read also: Imam being probed for comments on Christians and Jews

In February, a video emerged online of the imam in which he reportedly uttered a phrase after a sermon that could be interepreted as asking God to grant Muslims victory over Jews and Christians.

"The phrase was and is unacceptable in a multi-racial and multi-religious society," MHA said, adding that Nalla had admitted in court that the supplication was his own and not taken from the Qu'ran.

The ministry acknowledged that the action against Nalla had been taken with regret, given his diligent work as the Chief Imam at the Jamae Chulia Mosque over the past seven years. "He has not been deliberately malicious. Nevertheless, what he did was wrong. And he has admitted it. Given the nature of the breach, action had to be taken."

Last Friday, Nalla also apologised for his actions to a group of leaders from various religious groups in a closed-door meeting. He also apologised during a visit to the Maghain Aboth Synagogue along Waterloo Street on Sunday.

Read also: Imam apologises for insensitive remarks, clarifies remarks were not from Qu'ran

MHA also stressed that any religious leader from any religion who makes such statements will be held accountable for their actions, and explained that the same principles will apply even if such verses are found in a religious text.

"Under Singapore law, we cannot (regardless of his religion) allow anyone to preach or act divisively and justify that by reference to a religious text," MHA said.

Commenting on the issue in a Facebook post, Minister-in-charge of Muslim Affairs Yaacob Ibrahim commended authorities for applying the law firmly and fairly in the best interest of all communities.

"Earlier, I mentioned that there cannot be double standards when we deal with issues that touch on race and religious harmony. Our laws preserve the freedom to practise one's faith, and protect all communities, regardless of race or religion, from being denigrated," he wrote.

Meanwhile, the individual who shared the video of the imam online, Mr Terence Kenneth John Nunis, was issued with a stern warning for choosing to make the video public instead of reporting the action to the police.

He has apologised for his conduct and undertaken not to repeat it, MHA said.

Another individual connected to the video, National University of Singapore Associate Professor Khairudin Aljunied, was also given a stern warning.

Mr Khairudin had published two Facebook posts supporting the supplication that Nalla had used, which MHA said were contrary to the law.

The academic, who was suspended from his duties by the university on Mar 6, has also apologised.