Incentives for parents to live near their kids 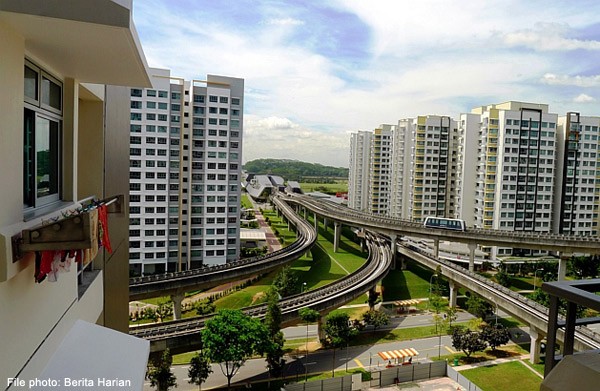 View of Punggol estate as seen from a studio apartment in Punggol Walk. The Housing Board may soon "incentivise" parents to move out of mature estates, so they can join their children in new ones.

The Housing Board may give incentives for parents to move out of mature estates and join their children in new ones.

This would free up resale flats for children who wish to live near their parents in mature towns, said National Development Minister Khaw Boon Wan.

He did not give details of the possible incentives, but said his ministry would look at how to make it a practical and fair policy, reported The Straits Times Online.

"If some parents, for various reasons, are quite prepared to leave their comfortable surroundings in the mature estates to move to a non-mature estate with children, I think we should try to facilitate and even reward them for moving out," Channel NewsAsia quoted Mr Khaw as saying.

He was speaking at a discussion about housing issues on Tuesday.

The minister noted that living near each other is easier for those in non-mature estates, where there is more land to build new flats.

"For those parents living in non-mature estates, it is not a problem because we have land and we continue to build more flats, and through the various incentives we can improve further and I think we should be able to satisfy almost all those couples who would want to do so. But for mature estates, it is a real problem, it is a real challenge. For the simple reason that I just do not have the land available to build more (flats).

"But wherever I can I'll try to do so. What it means is, many will have to depend on the resale flats," he said. SENIOR PRIORITY?

One suggestion raised by participants was to give priority to seniors who are willing to move to a non-mature estate.

Mr Khaw also noted that there are still some possibilities in mature towns, for instance, through the Selective En-bloc Redevelopment Scheme (Sers).

Separately, he blogged yesterday about the results of a door-to-door survey his ministry had commissioned, covering 2,000 people. More than eight in 10 young unmarried couples wish to stay near or with their parents, he said. But in reality, only about half can do that.

The results show that "the state of family bonding in Singapore is healthy and strong", he said.

"They also show that there is room for us to do more to help extended families live nearer."