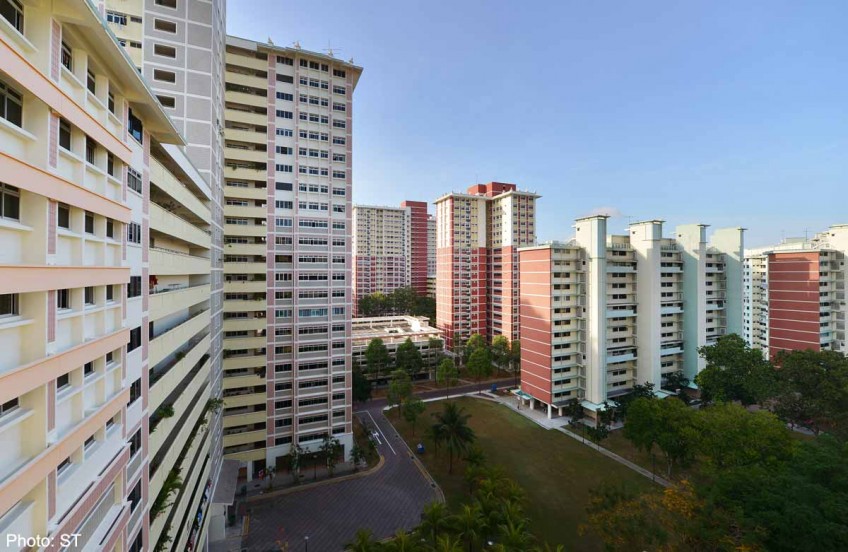 This Heartland Auntie has a confession to make.

Around 2002, my husband and I were in financial strife after a failed business venture.

To make things worse, our kids were only toddlers then. My husband and I were tempted to cash out on the executive apartment we bought in 1995.

It was our first home, but we were desperate to get ourselves out of the rut.

But my husband wisely put it: "If we do that, there is a risk we could end up on the streets."

Recently, I heard a sobering statistic that brought those painful memories back. Three out of four of the 400 homeless families helped by the Ministry of Social and Family Development (MSF) from 2011 to 2013 had sold their HDB flats to settle financial woes or just to cash out a profit.

But they realised later that they could not afford another place.

During the recent debate on his ministry's budget, Minister of State for National Development Mohamad Maliki Osman told Parliament these tenants had already used up the subsidies and grants they were entitled to when they bought their previous flats.

Dr Maliki said that now, nearly six in 10 public rental flats are former home owners. This is up from 52 per cent five years ago, he said.

Did they learn their lesson after settling their debts, this Heartland Auntie wants to know. No, welfare workers from Family Service Centres and grassroots leaders tell The New Paper on Sunday.

Social welfare worker Esther Chew says: "After they cleared their debts, many (of them) forget the cause of their initial downturn and neglect to exercise prudence."

Often, by the time these former home owners "come to their senses", it is too late and the money is gone, says another social worker, Ms Lim Meng Choo.

The reasons for their debts include gambling, failed investments and sometimes, just bad financial planning.

She adds: "How do you tell someone who comes to you, 'Look, this is your problem. You should have known better?' It's even harder when they have young children in tow." A grassroots leader, who does not want to be named, says residents then approach their Member of Parliament for housing assistance during the Meet-The-People Session.

He says in Mandarin: "It's especially exasperating when they come and expect that no matter what, they must get the help they want. Some of them don't even want to consider rental flats and insist on getting a second bite of the cake (subsidies)."

Some of the residents do not accept alternative accommodation, MSF said previously. Residents are also unwilling to co-operate and work on their domestic issues or make changes to their lifestyles. Some still insist that they should get special consideration for housing of their choice.

Dr Maliki says the Government wants to help families move from renting flats to owning their own homes.

But, he asks: "Will our society support giving them more housing grants than what other families, including lower-income families, receive?"

The eight welfare workers and grassroots leaders this Heartland Auntie spoke to say many of the cases involve "irresponsible" behaviour and action.

As Madam Annie Wong, a grassroots leader, puts it: "It is different if the person's situation is one that is beyond his control, like maybe he is in the lower income group... than if he is now suffering because of his own bad money management."

It's like they have been given their share of the cake while others are still waiting for theirs.

The flat is not a cash cow. It is a home.

The biggest lesson for this Heartland Auntie back then was to accept that we were responsible for our financial strife.

And the source of pride was how we worked our way out without handouts.