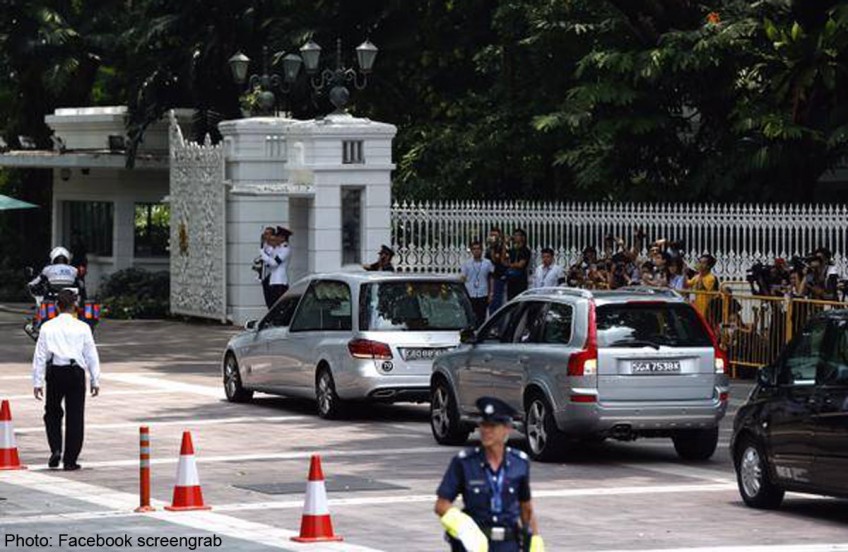 SINGAPORE - As tributes continue to pour in for Mr Lee Kuan Yew from around the world, ordinary Singaporeans have also taken to social media to share anecdotes and stories of how he impacted their lives.

In a Facebook post that has been widely shared, Mr Eswara Velan, who served his national service as a member of the Istana's Presidential Guard, shared a touching story about his experience with Singapore's founding Prime Minister.

He said that Mr Lee would often be making his way into the Istana to his office as he was collecting dinner for his fellow guards.

As Mr Lee arrived, "the guards guarding the Istana would inform me 'MM coming'," he recalled.

He would then quickly run into the guard post, unwilling to appear in the sight of the then-Minister Mentor carrying the packs of rations.

But he said that even though he was out of sight, he never failed to put the packs down and salute Mr Lee as his vehicle passed by.

"After all, I was a metre away from a historical presence."

Mr Velan ended his post, which was accompanied by a picture of the hearse carrying Mr Lee's body arriving at the Istana yesterday, with the line: "For one last time, "MM coming."

Mr Velan's story has attracted over 500 likes since it was posted yesterday, and has also been re-posted on various pages and websites online, such as satirical site SGAG.

Mr Lee, who is credited with oveseeing Singapore's transformation into a global trade and financial hub, died on Monday, March 23 at the Singapore General Hospital at 3.18am. He was 91.