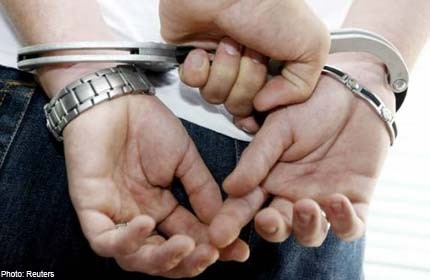 SINGAPORE - Chua Boon Hong, who cheated the Supreme Court into approving payments of $702,440 to a company he and an accomplice set up, was sentenced to 20 months in jail on Friday.

The 42-year-old's accomplice was none other than Koh Seah Wee, who was sentenced to 22 years in jail in 2011 for defrauding the Singapore Land Authority (SLA) of $12.2 million.

At the time, the Infocomm Development Authority deployed Koh to the Supreme Court as an IT consultant. His job included the requisition of goods and services.

In 2000, he approached Chua, a former school mate, and got him to set up a company - Professional Business Solutions. Koh then referred business from the Supreme Court to the firm, which he also helped to manage.

Chua, who could have been jailed for up to seven years and fined after pleading guilty, admitted that he was aware there was a conflict of interest as his "partner" was a government officer. He received about $40,000 from the transactions.

The court was not told how much Koh pocketed. He went on to become a deputy director at the SLA's technology and infrastructure unit.

In 2010, the SLA detected a number of irregular payments and went to the police. It was found that Koh was the mastermind of a scam to cheat the SLA of millions of dollars.