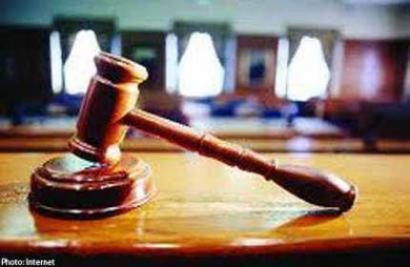 A judge called three nightclub bouncers "a pack of bullies" as they were convicted on Thursday of assaulting a patron. Firdauz Ismail, 26; Iskandar Sanip, 31; and Ahmad Zaki Mohd Said, 35, left a "shoe print" bruise on the eye of crane operator Chee Thin Kam after they escorted him out of St James Power Station and assaulted him.

Mr Chee, 30, had been caught smoking inside the Powerhouse nightclub and shouted vulgarities at Firdauz and Ahmad Zaki as they led him out. They then tripped him and kicked him as he lay on the ground. Mr Chee continued to shout expletives and fled, but the three bouncers and others chased him to the main road and assaulted him again. His wife, Ms Chan Chai Yee, 23, called the police and he was taken by ambulance to Singapore General Hospital where he was treated for cuts and bruises.

Mr Chee had been at the club with a couple of friends, one of whom was also escorted out for smoking, but was not assaulted. Firdauz received the stiffest sentence of three months' jail as he had a similar conviction two years ago.

Iskandar was jailed for three weeks while Ahmad Zaki will be sentenced on Oct 24 to give his lawyer time to prepare the mitigation plea. A fourth bouncer, Mazlan Arsad, 34, was fined $1,500 for using criminal force in snatching away Ms Chan's cellphone. All four were convicted after an eight-day trial.

In passing sentence, District Judge Low Wee Ping said the three convicted of assault did not deserve to be in the profession, adding: "Being a bouncer does not mean you can bounce people around." The judge was shocked to find out that Firdauz had been fined $2,000 previously for assaulting three patrons in 2011.

"I'm also amazed that your club continued to employ you, as if it was a commendation for what you have done," he added. The three bouncers convicted of assault claimed Mr Chee had been injured by other patrons instead as they had been on duty at other outlets in St James. They also claimed Mr Chee had been too drunk to identify who his attackers really were - but Judge Low decided that their assertions lacked credibility.

Firdauz and Ahmad Zaki could have been jailed for up to two years and fined up to $5,000.