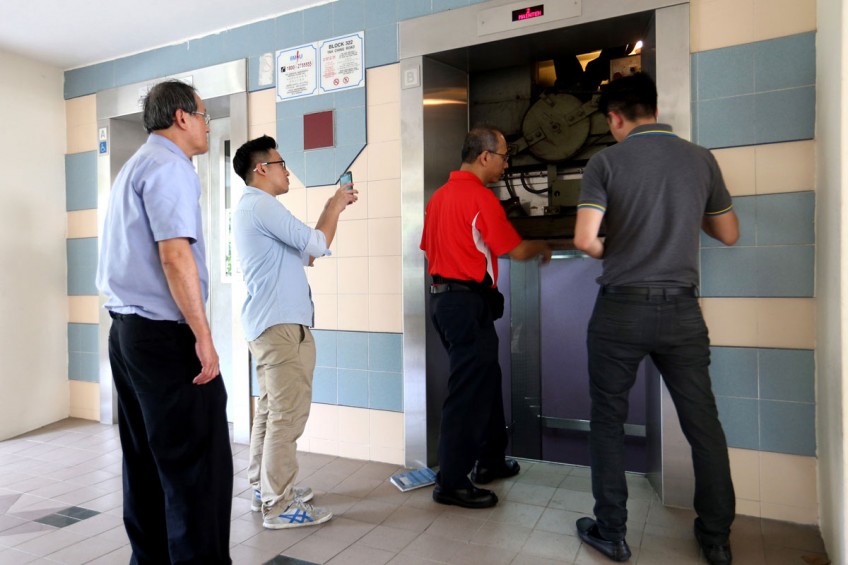 The probe into the Tah Ching Road lift accident will take a week longer than expected, as the authorised examiner investigating the case has been granted more time to carry out checks.

BCA has acceded to this request, which means the report, originally due today, is expected to be submitted on Nov 2.

A spokesman for BCA added that a preliminary report will be submitted to the agency today.

"BCA will review the findings and will make an independent assessment within a week of receiving the final investigation report," she said.

On Oct 9, Jurong resident Khoo Bee Hua's left hand was severed by a lift at her home in Block 322, Tah Ching Road in Jurong.

The 85-year-old was trying to stop the lift doors from closing before her dog, which was on a leash, could enter the lift. She also fell and broke her left leg during the accident.

Madam Khoo was transferred from National University Hospital to Jurong Community Hospital on Thursday, according to her son.

Jurong Town Council, which oversees the maintenance of the lift, appointed an authorised examiner to probe the case.

Asked if the findings of the investigation report will be made public, he said: "I should think so... There is nothing to be kept under wraps."