Kovan double murder: Ex-cop went on pilgrimage despite being heavily in debt 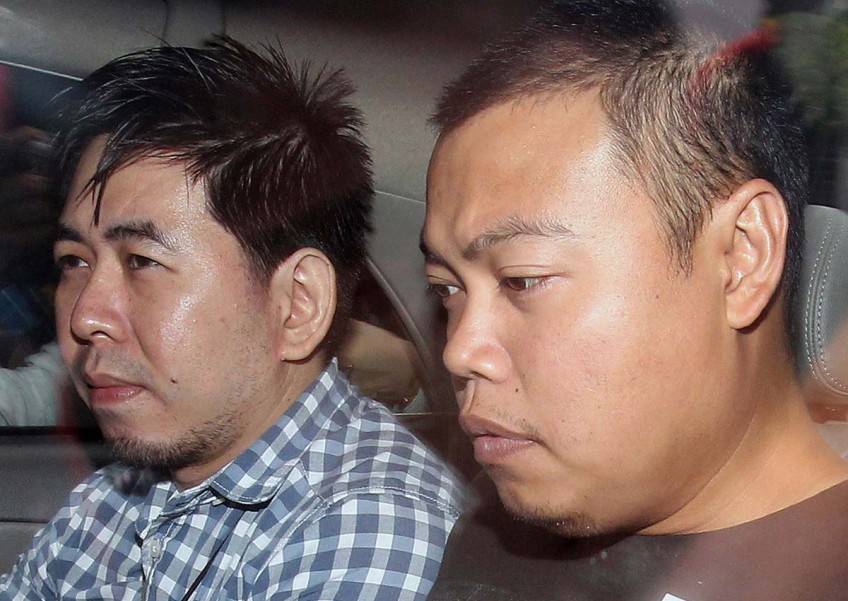 SINGAPORE - Former police officer Iskandar Rahmat, who had been facing imminent bankruptcy, went ahead on a haj pilgrimage to Mecca despite having unsecured debt more than three times his salary, the court heard on Thursday (Oct 22).

The consequences of being found guilty included a reduction in rank and stoppage of salary increment, among others, with DSP Borhan also raising the possibility of Iskandar's dismissal from the Singapore Police Force (SPF).

Iskandar, a 15-year SPF veteran, was holding the rank of Senior Staff Sergeant and had been attached to Bedok Police Division as an investigation officer.

Disciplinary proceedings were then adjourned to July 3, during which Iskandar told DSP Borhan that he had gone on a pilgrimage to Mecca. DSP Borhan subsequently advised him to get his priorities straight and that he should have used the money to repay his debts - he owed more than $60,000 to banks - instead.

DSP Borhan was one of two witnesses to take the stand on the second day of the high-profile murder trial.

Iskandar, 36, is accused by the prosecution of hatching a plot to rob car workshop owner Tan Boon Sin, 67. His robbery attempt on July 10, 2013, in Mr Tan's Kovan home resulted in him stabbing Mr Tan and his elder son Tan Chee Heong, 42, multiple times with the intention to kill both.

The second witness to give evidence on Thursday was Mr Sherman Loh, a fishing buddy of the elder Mr Tan.

Mr Loh, who had lunch with Mr Tan a day before the murders, said his friend did not appear stressed. But when he called Mr Tan at about 3.30pm on July 10, the day of the murders, there was no answer. He later learnt from one of Mr Tan's employees that his friend had been killed.

A week later on July 17, he received a call from Mr Tan's younger son, Mr Tan Chee Wee, that the police needed his help to identify Mr Tan's fishing gear.

Among Mr Tan's fishing gear were three knives. The knife used by Iskandar was never recovered as he had thrown it into a canal along with his blood-stained clothes.

The grisly murder, which saw the younger Mr Tan's body dragged under a car before it was dislodged near Kovan MRT station, shocked Singaporeans.

Iskandar went on the run and was caught in a popular eatery in Johor Baru after a 54-hour manhunt.

He has been in remand ever since and was charged under section 300(a) of the Penal Code, which carries the mandatory death penalty.

The trial resumes next Monday (Oct 26).