Laser-light play near airports is no joking matter 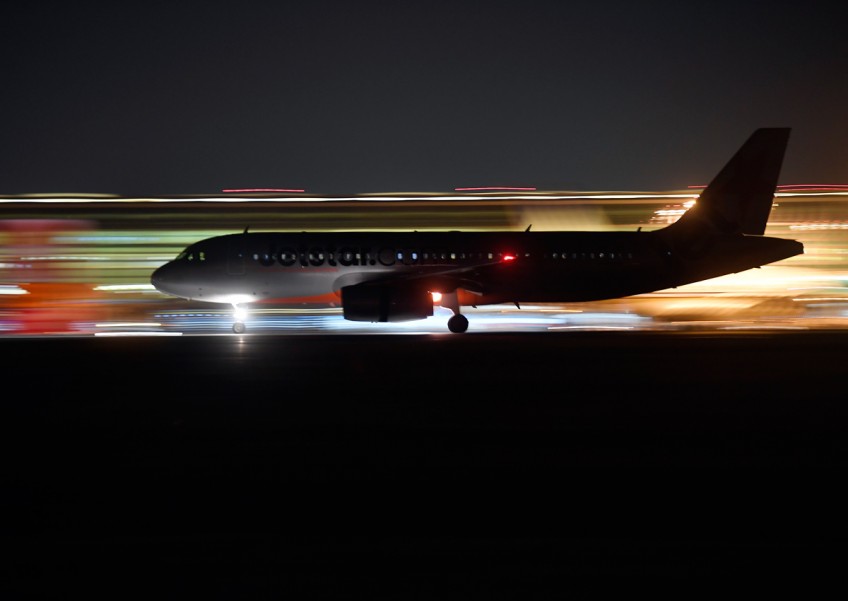 The Civil Aviation Authority of Singapore received 53 reports of people flashing laser pointers at aircraft here between January and November last year, compared with just 28 for the whole of 2015.
The Straits Times

Pilots are reporting an increase in the past decade of people flashing laser pointers near airports, an alarming trend as such lights can disorientate pilots, causing accidents.

The Civil Aviation Authority of Singapore (CAAS) received 53 reports between January and November last year, compared with just 28 for the whole of 2015.

The figure has easily doubled since then, worrying pilots, airlines and aviation bodies.

The good news is that except for maybe a few, experts do not believe that perpetrators flash these lights to cause harm.

More likely, they do not understand the harm they can cause.

Flashing laser lights at aircraft is especially dangerous during take-off and landing, the two most critical phases of flight when most accidents occur.

It does not help that laser pointers appear quite harmless.

The reality, though, is that even at a very low power of five milliwatts, the pen-like, battery-operated devices, which emit a red, green or blue light, can be dangerous.

Studies have shown that such incidents - termed laser attacks - result in temporary incapacitation of pilots in 62 per cent of the cases.

In the most severe cases, pilots can be affected for more than two hours.

Laser lights aimed at the cockpit are potentially dangerous, even if they do not directly hit the pilot's eyes.

In February last year, a Virgin Atlantic flight was forced to turn back to London's Heathrow Airport after a laser beam was shone into the cockpit, hitting the co-pilot in the eye.

The flight was grounded overnight, and all 252 passengers were put up in hotels.

Public education is critical to put a stop to, or at least reduce the number of, such laser attacks.

In the past, the CAAS conducted public awareness campaigns by distributing circulars to households, targeting those in the eastern neighbourhoods close to the airport.

This should continue and be expanded, for example, through partnerships with schools, town councils and grassroots bodies, so that the message can be spread through more channels.

Enforcement patrols at East Coast beach, Bedok Jetty and other open spaces near the airport should be stepped up and perhaps more volunteers could be roped in to do the job.

It is tough to catch offenders, given that it takes just a few seconds to flash and run.

Enforcement officers cannot be everywhere all the time, so it is up to the public to do their part. If you see someone playing with laser lights near the airport, tell him not to do it.

Better still, explain why it is dangerous.

When talk does not work, the stick comes in. In Singapore, first-time offenders can be fined up to $20,000.

While no one has been prosecuted so far, the punishment serves as an important deterrent.

But not all countries have such laws.

If this happens, it would encourage and possibly even compel - depending on how tough a stance the UN takes - countries that do not currently do so to put in place penalties for such actions.

Pilots, airlines, regulators and local communities must work together to reduce the number of incidents of people flashing laser lights at aircraft.

This will become increasingly critical as the number of flights, especially in South-east Asia and the larger Asia-Pacific region, continues to grow.

Changi Airport, which handled 55.4 million passengers in 2015, is expected to announce later this month that passenger traffic last year grew to about 60 million.

During peak hours, a plane takes off every minute.

With plans for a third runway to be added and Terminal 5 - which will eventually be bigger than T1, T2 and T3 combined - to start operating in 12 to 15 years, the skies above Changi will get even busier.

The last thing pilots need is to have to deal with people flashing laser lights at them.