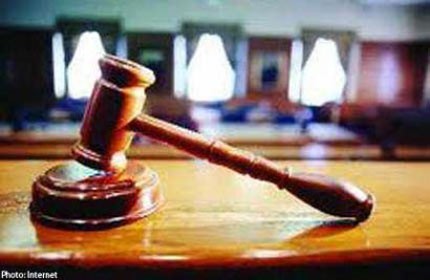 SINGAPORE - Sixteen years after he was disbarred for a bribery offence, 63-year-old Narindar Singh Kang managed to be reinstated as a lawyer on Thursday.

As a condition of the reinstatement, Mr Kang promised that he would attend conferences and workshops to ensure his competence as a lawyer after his long hiatus.

He was struck off the roll in 1997 after he was convicted of seeking a bribe in exchange for a confession.

Two years before, he had represented drug trafficker Hartej Singh, who was sentenced to hang. On the eve of the execution, Singh signed a confession exonerating his accomplice.

At the prison gate, Mr Kang told the accomplice's son his client's instructions: The confession will be handed over when $100,000 was paid to Singh's family.

The two men were eventually hanged.

In December 1995, Mr Kang was convicted on one count of corruption and jailed five months. The sentence was later increased to a year's jail.

The Attorney-General opposed the application and the court turned it down, noting he had been convicted of a very serious offence while doing his duty as a lawyer.

On Monday, represented by Senior Counsel Davinder Singh, he made his second attempt. This time, neither the Law Society nor the Attorney-General objected.