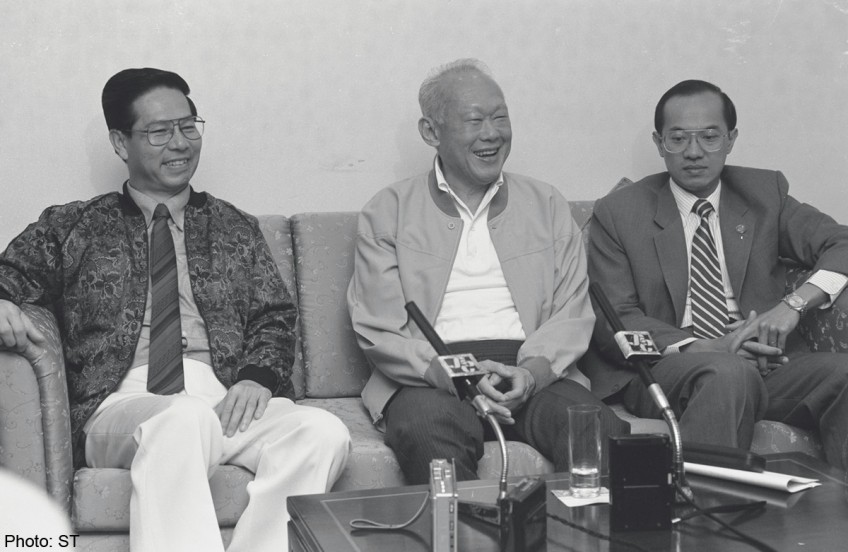 Mr Lee had strong views but was open to adjusting them, says Mr Yeo.

Mr Lee Kuan Yew had strong views but, at the same time, he did not have a closed mind. I led a delegation to India in early 1993, which turned out to be a critical visit in the history of bilateral relations. India had run out of money and embarked on their own opening up and policies to reform.

Our visit helped pave the way for closer cultural and economic ties between Singapore and India, helping to spark what then Prime Minister Goh Chok Tong later called "a mild India fever" among Singapore businessmen. A consortium of Singapore companies, Indian industrial house Tata and the state government of Karnataka later jointly invested in a $250 million IT park in Bangalore. During that 1993 visit, we started in Delhi, we went to Agra, Jaipur, then to Bangalore, Mysore to Chennai. We came back and put up a very positive report on India.

Kishore Mahbubani, then Foreign Ministry Permanent Secretary, told me that when he put up the report, one of the senior permanent secretaries told him: "You must be mad to put up such a report if you knew LKY's views about India."

It went up to Cabinet and Mr Lee, as expected, poured scorn on it, saying we were just naive and so on. I mean, he knew Nehru. He once told Rahul Gandhi: "I knew your father, your grandmother and your great-grandfather." So he had this longitudinal view of India, which we had to respect. He seriously doubted India's reform policies would happen. Every time he read a negative report on India, he would send it down to me, you know, "For information", as if just to remind me.

But at the same time, every time I went to India, which I did quite often in those days, he would ask me about it. He was curious and he wanted the inputs. And one day, he said on our engagement in Bangalore: "It's good that these things are happening but anticipate a change of government."

True enough, two years later, the government in charge of Bangalore changed, but the new government was even more supportive of co-operation with Singapore.

From that episode, I thought you must have a view and you must act on a view to be a leader. But at the same time, you must not close your mind to new inputs. And while you may disagree initially, at least have a doubt that you may be wrong - which he did and he then adjusted.