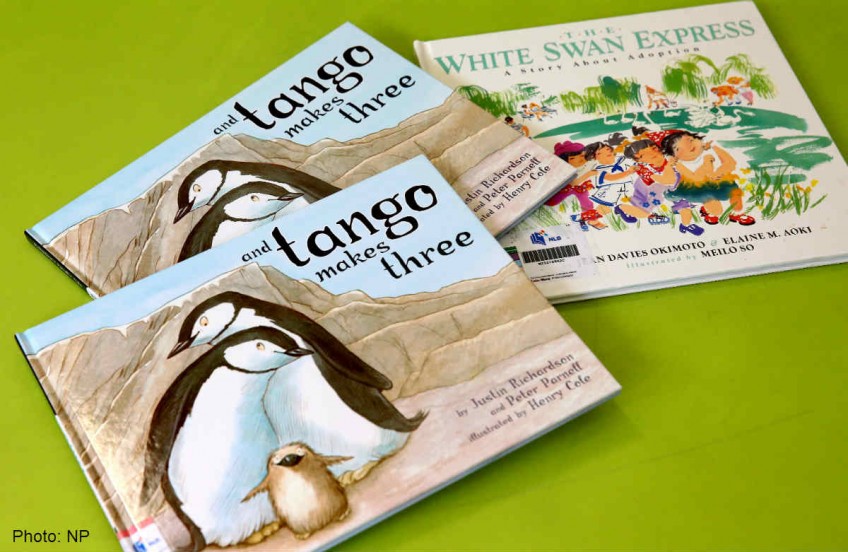 Following complaints that three children's books were not "pro-family", the National Library Board (NLB) has decided to pulp these books, which has angered some people as reported in, "Blood boils over book ban" (The New Paper, July 11).

There is a heated debate going on in the mainstream media and on the Internet on this decision, which some camps view as being hasty and discriminatory.

While some people are not in favour of such books reaching out to the young minds, others feel that people should have a choice of what they and their children can read.

Perhaps there can be some compromise so that both opinions can be given due consideration. Otherwise, we will become a divided society.

To this end, I would suggest that where books are controversial in nature, NLB could open an area in its libraries that allows for some flexibility.

A category, like "parental guidance is advised", could have such books on display.

With this new feature, parents can first be advised to read the book; and when bringing it back for their kids to read, should guide and educate them on the values and morals which they deem fit.

We should give more credit to parents who should be entrusted to advise their kids on what is acceptable behaviour and what is not.

This advisory message to parents could be similar to the ones shown on television where parents have the option to guide and educate their kids while viewing certain shows.

Let us not forget that with the easy access of the Internet, children can be exposed to a flood of information that includes pornography.

So while parents are keenly observing what their children see on the computer, they may not be aware that such undesirable material could make its way into the handphones of children.