Local poetry to be included in A-level literature 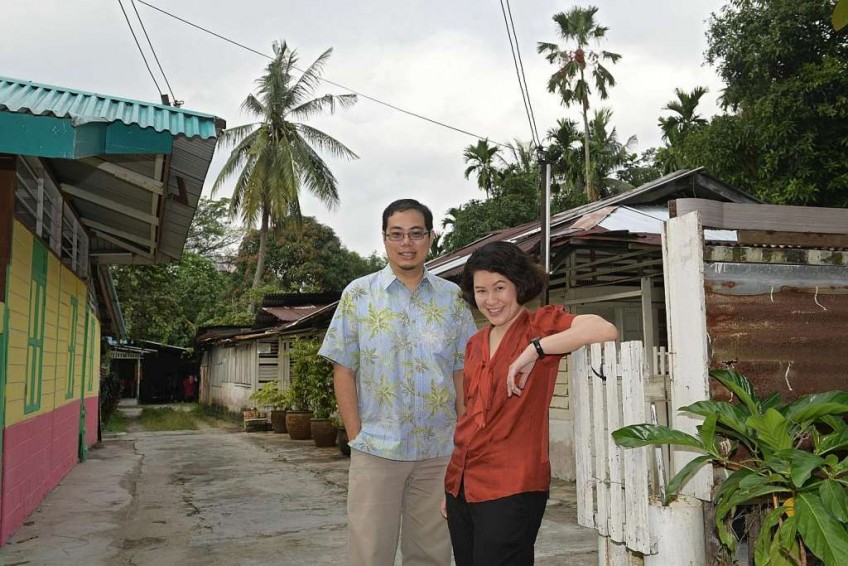 When students sit one of the papers in next year's A-level Literature in English examination, they may find themselves dissecting poems not just from foreign lands, but closer to home - verses on chopstick superstitions, perhaps, or the brief history of Toa Payoh.

The syllabus has been revised to expose students to more Singapore literature, said the Ministry of Education (MOE).

At least one question in the poetry section of the exam, which Junior College (JC) 2 students will sit from next year, has a new requirement for them to respond to a Singapore poem.

To spark students' interest in local literature, MOE has also commissioned a collection of poetry by local writers, which schools can use to teach practical criticism skills for that section of the paper.

This is the first such anthology that will be published for A-level study.

Edited by poet Aaron Lee, 44, and writer and teacher Christine Chia, 38, the collection will be published by Ethos Books.

This comes on the back of concerns about declining literature enrolment in recent years. The number of students taking O-level literature has dropped from close to 17,000 in 1992 to 5,500 in 2014.

In 2015, two National Institute of Education professors said part of the problem is that parents and students think the subject is difficult to score highly in, and that it has little practical value.

Currently, the A-level syllabus mostly features works by international writers. But works by home- grown authors such as Boey Kim Cheng and the late theatre doyen Kuo Pao Kun have also been studied in the past, said MOE.

The 20 junior colleges and Millennia Institute, a centralised institute, all offer Literature in English as an A-level subject. Enrolment usually hovers at around 15 per cent of the JC cohort, said MOE, though precise figures are unavailable.

Ms Chia said that the new syllabus can raise students' awareness of the variety of local works, as they would study more local poetry.

But she also acknowledged that there could be resistance from some teachers who have had limited exposure to local texts.

She added that as the unseen poetry part of the paper requires students to compare a local poem with one by another writer, teachers who are unfamiliar with local writers may struggle to find suitable texts thematically related to other poems when they set internal tests.

Megan Mah, 17, a JC1 student at Victoria JC, welcomed the opportunity to study poetry by local writers, as "a local text resonates more".

The Lines Spark Code anthology is not compulsory for schools. But Ethos associate publisher Ng Kah Gay said that there have been "very encouraging" responses from several JCs.

Mr Marc Lim, 33, who teaches Literature in English at Eunoia JC, said that many teachers were initially apprehensive about teaching students how to compare local poetry with other texts.

"But the study of Singaporean poetry is not meant to be parochial... We can try to see the familiar in the foreign, and vice versa. Doing such a comparison helps us reach deeper, and see the themes in local writing as universal."

Poet Cyril Wong, whose work will be included in the anthology, said that it is rewarding to see how perceptions of local literature have improved, with more people recognising that local poets do not just write about "boring Merlions and HDB void decks".

"Local poems teach our students that Singaporeans have lives worth discussing and recording," he said.