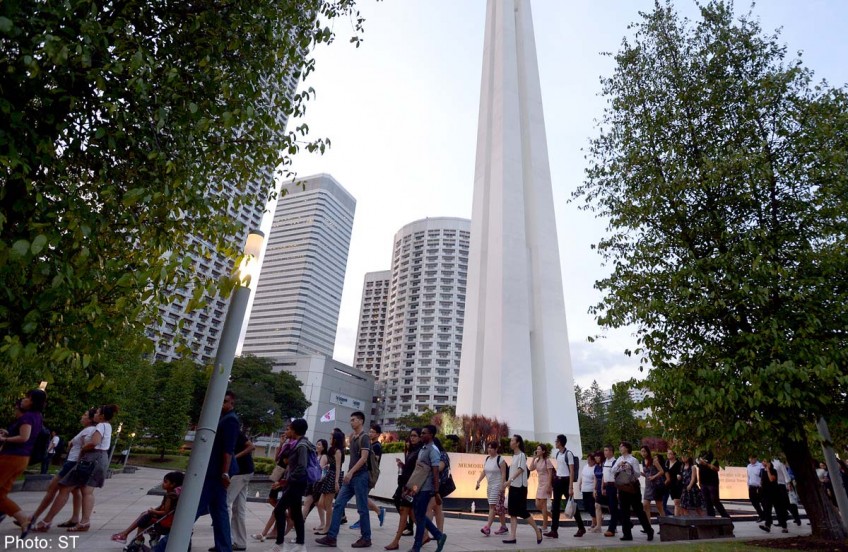 SINGAPORE - Expect to queue for around 8 hours (as of 12pm) if you wish to pay your last respects to Singapore's first prime minister Mr Lee Kuan Yew.

As of 11am Friday, the cumulative figures for the number of visitors to the lying-in-state was 230k, and the number condolence cards at both Istana and Parliament House was 100,166.

Mr Lee's lying in state at Parliament House was extended to 24 hours on Wednesday due to overwhelming response and will end on Saturday at 8pm.