A look at Stanley Ho's foray into high-end Singapore property

It was like buying a Lamborghini and not letting people know about it.

First, there was frenzied anticipation over who would be buying a $145 million bungalow in Cuscaden Road, part of Singapore’s affluent Orchard district, in 2016.

Then mystery, as the identity of the buyer was not revealed for a week, said ERA Realty head of research and industry veteran Nicholas Mak. “A Singapore developer would have announced it. But maybe it’s his style,” Mak said.

The buyer was Stanley Ho, the high-profile billionaire owner of glitzy casinos in Macau, who died on May 26 in Hong Kong. The mansion was sold by the late Tan Hoon Siang, great-grandson of well-known local philanthropist Tan Tock Seng, who had bought the freehold property for S$18,591 in 1949.

In the few years after the Cuscaden Road purchase, Ho’s real estate company Shun Tak Holdings, headed by his daughter Pansy since 2017, went on a very public buying spree in the heart of the city-state. Singapore had always piqued the family’s interest, and the purchases came about a decade after an aborted attempt to bet big on the Southeast Asian nation’s gaming centre, the Resorts World Sentosa. 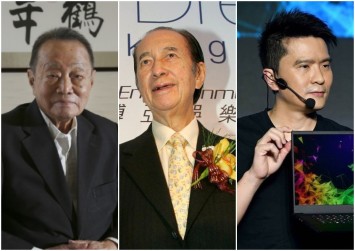 The Hong Kong-listed company’s foray into Singapore’s high-end property market may have been unorthodox because of unfamiliarity with local norms, but industry observers pointed out it was a sensible, calculated strategy to attract Asia’s glitterati to invest in what many herald as a property safe haven. Still, questions remain over a perceived stagnation in the progress of the developments.

After Cuscaden came a 70 per cent acquisition of integrated development TripleOne Somerset for S$1.258 billion in 2017. Then a S$600 million twin purchase in 2018 of two residential sites – a collective sale of a condominium called Park House in Orchard Boulevard and another sprawling landed property in one of the country’s most coveted street names, Nassim Road.

The 56 flat owners at Park House walked away with a cool S$6.1 million each. The bungalow is believed to be the former home of the Tan family of privately held investment advisory firm, Siang Kuang.

The plots are all within a 2km radius of one another. And all come with the “crème de la crème of residential addresses that high-net-worth individuals gravitate to”, said Ong Choon Fah, chief executive officer of property advisory firm Edmund Tie.

In April this year, Shun Tak bought the remainder of TripleOne for another S$155 million, in the country’s biggest real estate transaction so far this year.

In a small, dense country where developers extract the most they can from expensively priced land to eke out margins, what Shun Tak did seemed counter-intuitive. Instead of cramming as many units as possible into its projects, it went for “less is more” – carving out fewer units than allowed to. It seemed to suggest that in the world of the super-rich, different principles apply – Park House will comprise just 51 flats and three penthouses while the Nassim development will have only 14 premium homes.

Property consultant Ku Swee Yong said: “Let’s just say that they know the meaning of luxury. They won’t destroy its value by building shoebox homes selling at high PSF price but low absolute quantum in millions. This only attracts low- to middle-level investors, who are not of the same category as sophisticated investors.”

To other experts like Huttons Asia head of investment sales Terence Lian, it is a shrewd plan. “It’s apparent that the target purchasers are high-net-worth individuals, especially from China and Hong Kong. With the evolving political landscape in Hong Kong, there would be no surprise that funds will flow into Singapore’s high-end properties, which are deemed as a safe haven. An ultra-luxurious three-storey villa in Hong Kong is selling for HK$200 million. The Nassim plot will appeal to these ultra-rich people.” 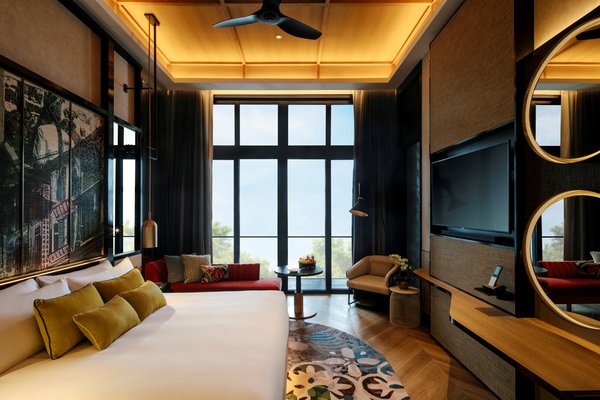 However, there appears to be a perception that Shun Tak has held back in putting spade to ground, which some media in Singapore have brought up.

Notwithstanding the current construction pause caused by the coronavirus pandemic, the Nassim site was still level when This Week in Asia visited the site, even though it is slated to be completed in the third quarter of this year.

The Cuscaden land, however, on which a five-star hotel will stand, seems to be making good progress before its targeted completion in the third quarter of next year.

Explaining the slow movement, some observers noted the company’s inexperience in a new market, while others felt premium products needed proper, patient crafting.

Colin Tan, director of research consultancy at real estate advisory firm SRE Global, pointed to the constant recalibration of the market by the Singapore authorities, which means it is an “unusual market” and delays are expected for new players who are adapting.

It also appears that ultra-luxurious projects tend to abide by a different timeline. Savills Singapore head of research, Alan Cheong, said: “I think that Shun Tak prefers to spend time curating a proper product and concept rather than rush through the launch and construction.” However, he qualified that these projects do “need a longer runway to sell”.

There is also the matter of Singapore’s five-year deadline for developers to sell all of a project’s units or face a hefty tax of 25 per cent of the land purchase price, known as the Additional Buyers Stamp Duty. This cost “basically wipes out the profit”, said ERA’s Mak, who believes that Shun Tak might be holding out for another property boom to sell its units at a higher price.

How long it can wait, however, remains the question, especially as the pandemic lays waste to the once vast casino profits that the Ho family fortune is built on. “The longer one delays, the closer one gets to another crisis in future,” warned Cheong.