Looking out for Singapore even as a grieving husband 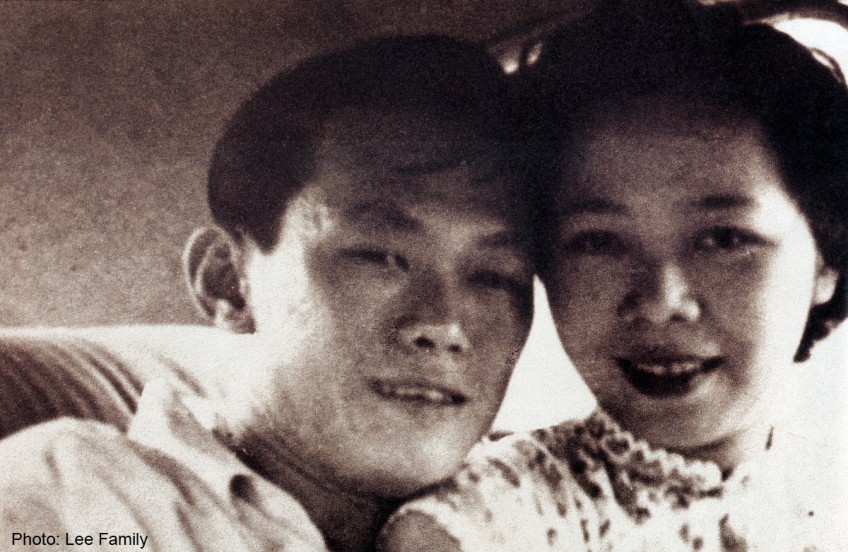 DEDICATED: Mr Lee with Mrs Lee in a photo taken on Sept 5, 1946. He had Singapore's welfare in mind even as he lay in hospital and as Mrs Lee lay in state in 2010, says Mr Heng.

In October 2010, Lee Kuan Yew was hospitalised for a chest infection when his wife died.

It was only a few days later that he could get out of the hospital to attend his beloved wife, Kwa Geok Choo's wake.

But later that night, when he was supposed to return to the hospital on his doctors' orders, he asked his security detail to take him to the Singapore River instead.

This touching anecdote was revealed by Education Minister Heng Swee Keat in a Facebook post on Tuesday.

Mr Lee walked slowly along the Singapore River, Mr Heng wrote, "the way he and Mrs Lee sometimes did when she was still alive".

Mr Heng, who worked with Mr Lee as his principal private secretary (PPS) between 1997 and 2000, added: "It was late in the night and Mr Lee was in mourning. His security team hastened to give a bereaved husband a quiet moment to himself."

But even while grieving for the loss of his soulmate, Mr Lee did not put aside his work.

Mr Heng said Mr Lee gestured for one of his officers to join him. Mr Lee then pointed out some trash floating on the river and told him to take a picture of it.

"I'll tell my PPS what to do about it tomorrow," he told the officer.

While Mr Heng was no longer his PPS at that time, he said he guessed that Mr Lee probably had some feedback to share on keeping the Singapore River clean - one of his key projects in the country's early days.

Mr Lee had Singapore's welfare in mind even as he lay in hospital and as Mrs Lee lay in state, Mr Heng said.

"The security officers with Mr Lee were deeply touched," wrote Mr Heng. "When I heard about these moments, I was also moved."