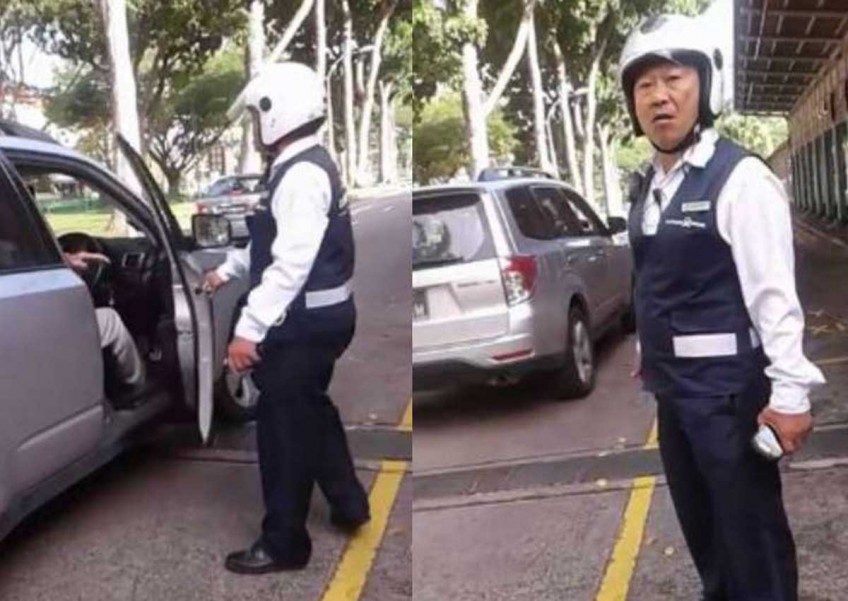 SINGAPORE - The Land Transport Authority (LTA) is investigating an incident involving one of its officers who was filmed having an altercation with a motorist while on the job.

The enforcement officer was filmed arguing with a driver at the taxi stand of Yio Chu Kang MRT station on June 23, before he yanked open the car door in the heat of the moment.

The incident was film by a woman who stepped in to intervene. She could be heard saying in the video: "You are working for the Government. You don't behave this way."

LTA responded to the matter on Sunday evening (July 3) and apologised for the incident.

In the statement, LTA said it "does not condone such unprofessional behaviour in our enforcement officers".

"We have also reminded our enforcement officers and traffic wardens that they need to discharge their duties with care and professionalism," the statement added.

The video, which was uploaded on Facebook last Saturday (July 2) by user Tong Bock Toh, has since been viewed 25,000 times and shared over 450 times.

It showed the officer and car driver exchanging words in dialect before the woman steps in to diffuse the situation.

To which, the officer can be heard telling her in English: "He want to hammer me, ask him come out."