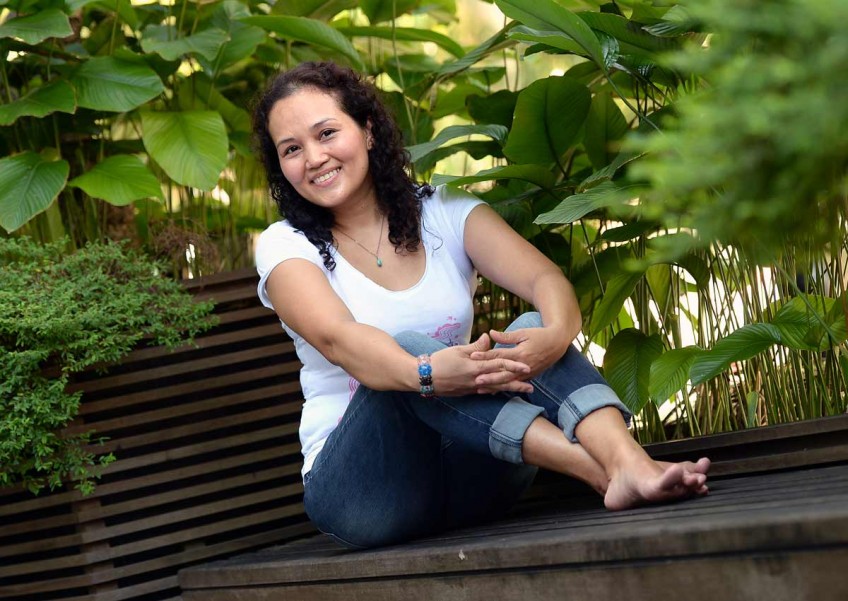 Ms Angela Barotia is not your typical foreign domestic helper.

She cooks, cleans and, yes, acts.

The 39-year-old from the Albay-Bicol province in the Philippines even won a Best Actress Certificate of Outstanding Achievement at the 2016 Brooklyn Film Festival held in New York last month for her lead role in the local feature film Remittance.

It is directed and written by Americans Patrick Daly, who works in Singapore at Earth Observatory, and Joel Fendelman, who owns a production company in New York.

There are no plans to screen it in Singapore yet.

"I still think it's a joke! Did it really happen?" Ms Barotia told The New Paper with a laugh about her unexpected accolade at the awards ceremony, which she did not attend.

She said her employer - a Singaporean Chinese man whom she started working for last year - found out about her Best Actress win when the certificate from the Brooklyn Film Festival was delivered to their HDB flat.

When he saw it, he was in "complete disbelief" and praised her.

Ms Barotia came to Singapore to work in 2009 and her first stab at professional acting happened in 2013, when she played a maid in local theatre production Rojak, which was a portrait of the lives of foreign workers in Singapore and the issues they face.

She saw the casting call for it on the Facebook page of the local non-profit Humanitarian Organisation for Migration Economics (Home) and decided to audition on her day off, a Sunday.

Ms Barotia would complete her household chores before attending rehearsals for the play on weeknights.

After Rojak, she graduated to a much bigger role - this time, in the world of film.

The script for Remittance resonated with Ms Barotia as she plays a maid struggling with difficult employers, long work hours and being separated from her family.

Which is why the mum of two children, aged 10 and 14, had no problems nailing the emotional crying scenes as she could relate to the pain her character was going through.

Remittance was shot in Singapore and in the Philippines from July to September 2013.

During that time, Ms Barotia's British female boss was overseas with her family members, allowing Ms Barotia the freedom to shoot from early morning to evening, seven days a week.

That employer was also the same employer who approved of her acting on the side for Rojak, and was "extremely supportive" and allowed her to have a "flexible time schedule".

Although she did not earn any money from her acting gigs as it is illegal for foreign domestic workers to take on other paid jobs, she sees acting as an outlet to relax and make new friends.

Ms Barotia has been with five employers over seven years.

Her first job here, in 2009, was not a pleasant experience.

"They did not treat me well. I cried a river," Ms Barotia said.

She worked for another family around 2012 and described that stint as "bad" because the tasks they gave her were too demanding, but she is "very thankful" for her last and current employers.

Ms Barotia said her friends also helped boost her confidence and often tease her by calling her "Best Actress" instead of her name.

She said: "I am happy with my ($600 monthly) salary and life here. I could never earn this much back home."

She does not wish to return to the Philippines, where she used to be a vegetable seller, but she hopes to bring her children to Singapore one day.

She also does not want to spend her whole life being a maid and is waiting for the right time to audition for non-maid-related roles in the future.

This article was first published on July 07, 2016.
Get The New Paper for more stories.