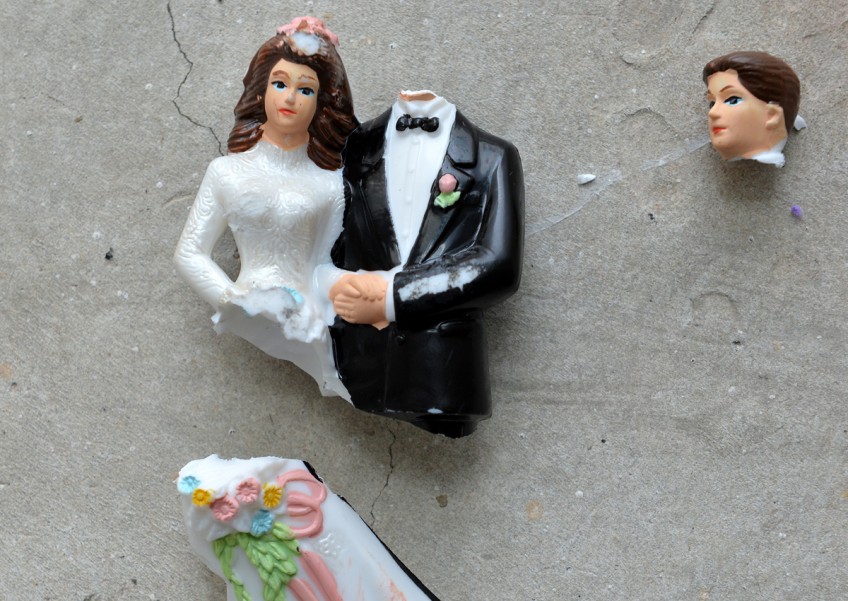 Divorced women may have to pay maintenance to their ex-husbands, should the men be incapacitated by illness or disability.

This is among the possible changes that could be introduced as the Women's Charter is amended. Separately, marriages of convenience may be voided and divorcing parents may have to undergo a mandatory programme before they file for divorce to better protect the interests of their children.

The Ministry of Social and Family Development (MSF) is seeking views from the public on these proposed changes to the charter in a bid to address concerns about rising divorce rates and immigration.

The ministry has also taken feedback to better protect women and girls and address concerns like rising divorce rates and marriages of convenience, said its spokesman.

A marriage of convenience is contracted for reasons other than love, such as personal gain. In 2012, it became a criminal offence under the Immigration Act to arrange or enter into such sham marriages. The charter will now be updated to render them void once either party is convicted under the Act.

Enacted in 1961, the Women's Charter enshrines the protection of women and governs marriage and divorce matters in Singapore. It was last amended in 2011 to ensure that maintenance orders are better enforced by giving the courts the option of imposing more sanctions on defaulters.

In the last few years, there have been calls to award maintenance based on need instead of gender as many women hold high-paying jobs.

Last year, for example, a judge questioned the right of every woman to seek maintenance or alimony upon divorce. Justice Choo Han Teck thought that this "unalloyed right" spoke to "patronising gestures" in the Women's Charter that "belie deep chauvinistic thinking".

He rejected the request of a 48-year-old regional sales manager for $120,000 in alimony from her former husband, a 47-year-old senior prison officer. She earned slightly more than him.

"Feedback from stakeholders, however, indicates that our society is not ready to accept that women have the same responsibility as men to support their spouse or ex-spouse," said the MSF spokesman in the consultation paper.

But the ministry acknowledged that there is a small group of incapacitated men who need support from their former wives and it has been proposed that the court can order maintenance for them if they are unable to work .

Ms Jolene Tan, programmes and communications senior manager at the Association of Women for Action and Research, said this was a move in the right direction.

"Maintenance should be based on fairness, not gender. It should also be available to men in other appropriate cases, such as where men make economic sacrifices to take a primary role in household labour and caregiving," she said.

Ms Malathi Das, president of the Singapore Council of Women's Organisations, said the mandatory parenting programme is particularly important. "This ensures that the children's interests are prioritised above the other parties' acrimony and material concerns," she said.

The consultation paper can be accessed at www.reach.gov.sg. Members of the public have until Nov 8 to submit feedback via 6708-7138 or consultations@msf.gov.sg. Letters may be also be sent to MSF's Family Development Group.

This article was first published on Oct 20, 2015.
Get a copy of The Straits Times or go to straitstimes.com for more stories.