Malaysia-Singapore bilateral relations difficult in the past 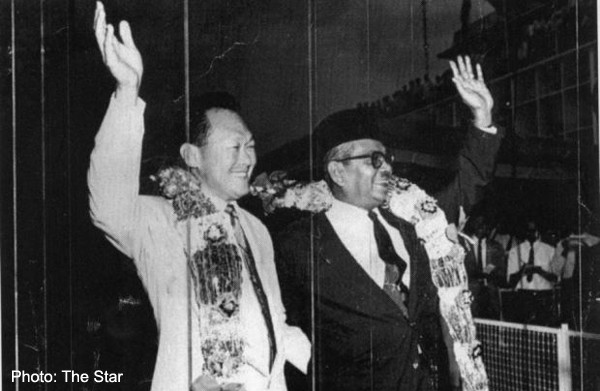 KUALA LUMPUR - Lee Kuan Yew's passing is not expected to have much impact on bilateral relations between Malaysia and Singapore now that present leaders have decided to move on from their strained past, say experts.

Political scientist Dr K. S. Nathan said bilateral relations had already improved from the time of Tun Abdullah Ahmad Badawi, who was prime minister from 2003 to 2009.

"Lee's passing will not have very much impact (on) how both Singapore and Malaysia have already decided to move forward," said the specialist in bilateral relations, who worked in the republic for six years.

"Both Datuk Seri Najib Tun Razak and (his counterpart) Lee Hsien Loong are more pragmatic and don't have the ideological baggage and hangups of the past."

In the past, relations with Singapore had been difficult - both when it was part of Malaysia and after the 1965 separation.

Political analyst Johan Saravanamuttu said in the run-up to Malaysia's formation, Lee had been "crucial" to then Malayan prime minister Tunku Abdul Rahman's plan to create the federation in 1963.

But once the new nation was formed, "it was a very difficult period of adjustment," said Nathan, who was formerly with Singapore's Institute of Southeast Asian Studies and also Universiti Sains Malaysia.

"The terms of merger gave Singapore, Sabah and Sarawak a different legal and constitutional status compared to the other nine states of the federation.

"All three achieved their independence through the formation of Malaysia so they consider their status as different."

Lee, said Nathan, refused to give up his status as prime minister of Singapore. The academic pointed out that "you cannot have two Prime Ministers within one country."

The other issue was PAP's "Malaysian Malaysia" stand that "all citizens would be treated equally regardless of race, creed or religion," he said, which could not be accepted by Umno.

During the "short but difficult" two years that Singapore was part of Malaysia, Nathan said, Sino-Malay tensions were on the rise, given the differing ideological perceptions.

"In the end, the only option the Tunku believed he had was to remove Singapore from the Malaysian Federation in order to maintain stability, peace and racial harmony," he said.

After the separation, Saravanamuttu described relations with the new city state under Lee's leadership as "choppy" until a second generation took over the reins of government.