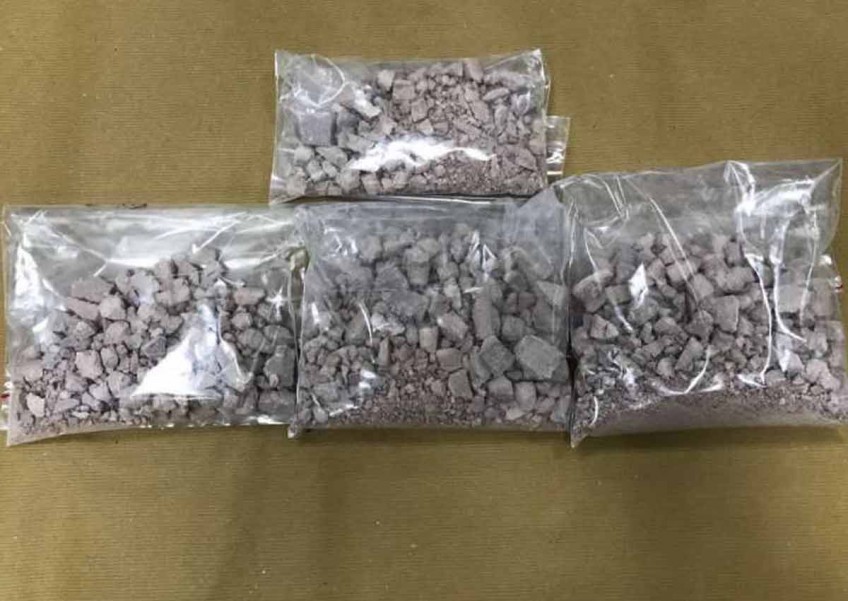 SINGAPORE - A 30-year-old Malaysian man was arrested at the Woodlands Checkpoint on Saturday (March 11) after he was found to be carrying 1.38kg of heroin into the country.

In a joint release on Monday (March 13), the Immigration and Checkpoints Authority and the Central Narcotics Bureau (CNB) said that a checkpoint officer sent the man, who arrived on a Malaysian-registered motorcycle, for further inspections at about 5.05pm on Saturday.

During the checks, four black bundles were found under the motorcycle seat.

CNB after further investigations found that the bundles contained about 1.38kg of heroin, with an estimated street value of more than $96,000.

Those convicted of trafficking more than 15g of diamorphine, or pure heroin, can face the death penalty under the Misuse of Drugs Act.

That amount of diamorphine is equivalent to 1,250 straws, which can feed the addiction of about 180 abusers for a week.

This article was first published on March 13, 2016.
Get a copy of The Straits Times or go to straitstimes.com for more stories.