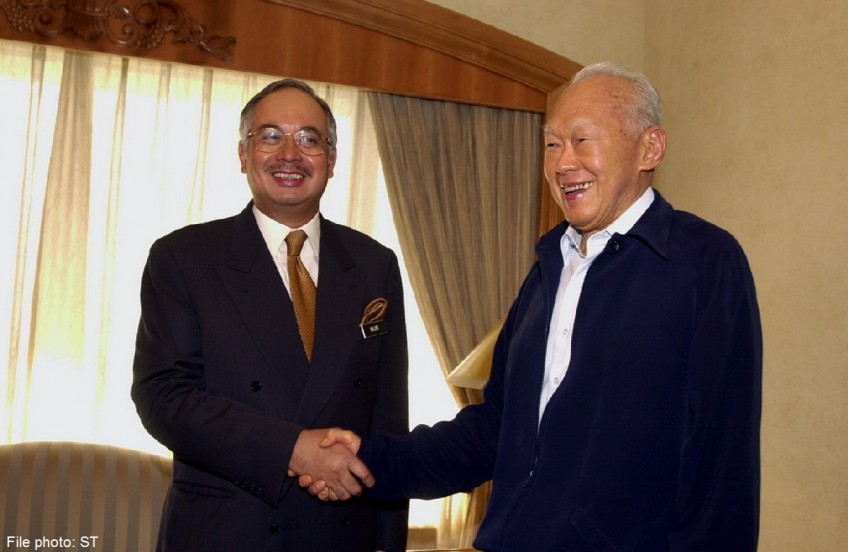 He was joined by Defence Minister Datuk Seri Hishammuddin Hussein who tweeted: "Deepest condolences to @leehsienloong, his family, and the people of Singapore on the passing of Lee Kuan Yew, Singapore's founding prime minister."

"Singapore today is his legacy. A tremendous legacy it is," Khairy said.

"We must take stock of his efforts in administering Singapore, which focused on the welfare of the people regardless of race or religion.

"The people of Singapore have lost an important figure who has done much for his country," she said.

"I pay tribute to Lee Kuan Yew's determination in developing Singapore from a new nation to the modern and dynamic city we see today. His achievements were great and his legacy assured," Najib said.

"Lee Hsien Loong I am very sorry to hear about the loss of your father. My thoughts and prayers are with you and your family.

"On behalf of all Malaysians, my deepest condolences to the people of Singapore.

Lee Kuan Yew passed away at the Singapore General Hospital on Monday at 3.18am. He was 91.

He is widely regarded as the man most instrumental in shaping Singapore, from the time he and his People's Action Party colleagues pushed for self-government in the 1950s, to their quest for merger with Malaysia in the early 1960s, and their efforts to secure the country's survival after independence was thrust on it on Aug 9, 1965.