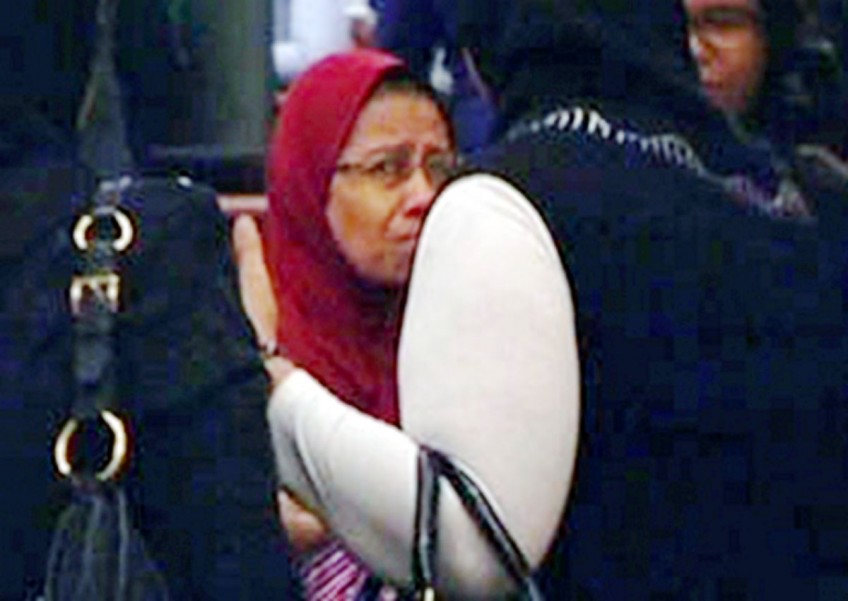 KUALA LUMPUR - The mother of an Islamic State (IS) terrorist has been jailed 30 months on two counts of trying to support terrorist activities by using her Facebook accounts.

Azizah Md Yusof, a 55-year-old single ­mother, was sentenced after she pleaded guilty to the charges yesterday.

He ruled that it was the court's duty to consider public interest when meting out the sentences so as to send out a strong message to youngsters not to get involved in any terrorist activities.

According to facts presented in court, the police detained Azizah at a house in Mentari Court, Taman Seri Mentari, Petaling Jaya, following information that she was involved in security offences.

The police seized a computer and a handphone, which were sent for analysis.

Initial investigations revealed that Azizah had two Facebook accounts, one of which was opened by her daughter in December 2013.

She then created a new account after her son, known as "Abu Ubaidah", who was believed to have been involved in the IS group, went to Syria.

Azizah, among others, uploaded her son's status in Syria on her Facebook accounts and social media.

Defence counsel Suzalina Salleh told the court that Azizah's son had been confirmed killed in Syria.

She said her client had repented and regretted her actions.

In mitigation, Suzalina said Azizah worked at various places, including a factory and a school canteen, to support her children.

[[nid:189230]]
SUBSCRIBE TO OUR NEWSLETTER
Your daily good stuff - AsiaOne stories delivered straight to your inbox