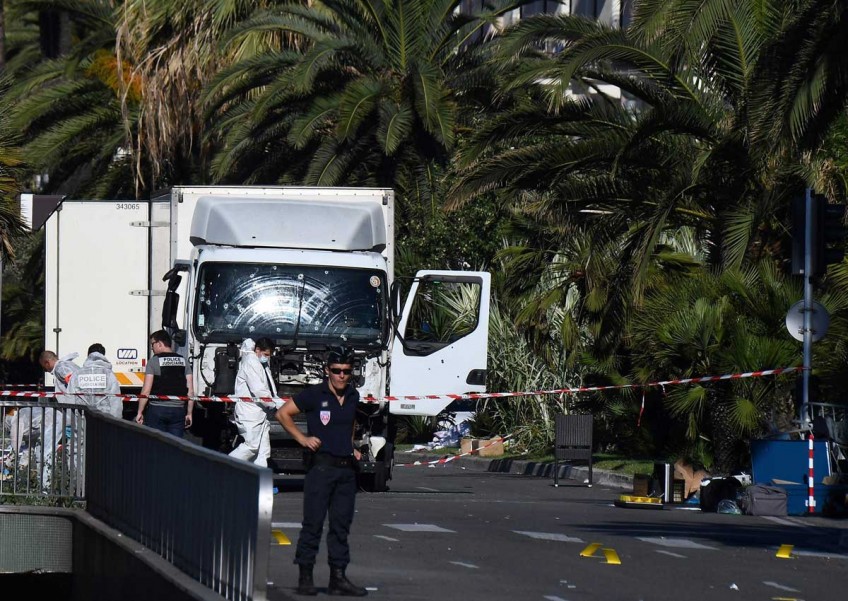 SINGAPORE - A Malaysian student studying at the Singapore University of Technology and Design (SUTD) was injured in the Nice attack on Friday (July 15).

In a statement, the school said that the third-year student had been one of 12 students in the French city for a summer programme. He is in a stable condition in the hospital and is in contact with his parents.

The school added that the other 11 students were all safe and accounted for. The students have been advised to remain in their hostel and adhere to safety instructions from the French authorities.

According to media reports, a 31-year-old Franco-Tunisian man named Mohamed Lahouaiej-Bouhlel killed at least 84 people and injured 18 people when he drove a truck for 2km through the crowd during the country's Bastille Day fireworks display.