Man, 76, found dead after tussle with woman tenant in Yishun 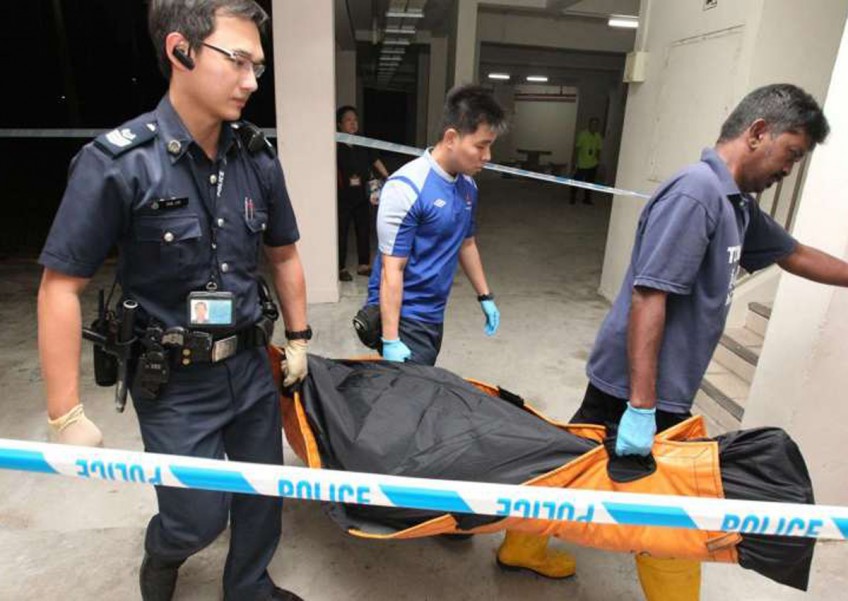 For several hours yesterday, cleaner Winnie Teo sat in the void deck below her flat, believing that her wounded husband was receiving medical attention.

At around 5am, police broke the news that Mr William Wong, 76, had died almost six hours earlier following a violent tussle involving their tenant, a 34-year-old Malaysian woman.

Madam Teo, 58, refused to believe it. She frantically called her husband's mobile phone several times. No one answered.

"I was hoping that he would pick up to tell me that he is okay," said Madam Teo in Mandarin.

The Straits Times understands that police retrieved a sharp object, believed to be the weapon, from the couple's unit in Yishun yesterday.

For Madam Teo, who married Mr Wong 21 years ago, the nightmare began on Saturday night when her boss at a foodcourt in Orchard Road told her to go home. He said that the couple's tenant had called him to say that Mr Wong was bleeding profusely.

Her boss had previously introduced the tenant to Madam Teo. The tenant used to work for him as a dishwasher at another foodcourt, but has since quit.

"I took her in because I felt sorry for her. She was homeless," said Madam Teo.

"She told me that her husband and their three-year-old daughter here had abandoned her."

Madam Teo, who works part-time for $5 an hour, also needed the extra income. She charged the woman $250 in rent each month.

Mr Wong retired as a taxi driver a couple of years ago.

Police said they received a call at about 10pm on Saturday, and found Mr Wong lying motionless in his home. Paramedics pronounced him dead at 11.38pm, upon their arrival.

Neighbours said they heard a commotion, which lasted for about 15 minutes, at about 8pm.

"A woman was shouting and crying. I couldn't hear what she was saying... because it was muffled by the sounds of bamboo poles falling to the ground," said a neighbour who wanted to be known only as Mr Ang.

Neighbours also said they used to hear the younger woman scream "almost every day" for the past six months.The suspect, who was arrested yesterday, is to appear in court today.

This article was first published on November 23, 2015.
Get a copy of The Straits Times or go to straitstimes.com for more stories.