Man and teen wife held for break-ins in Malaysia 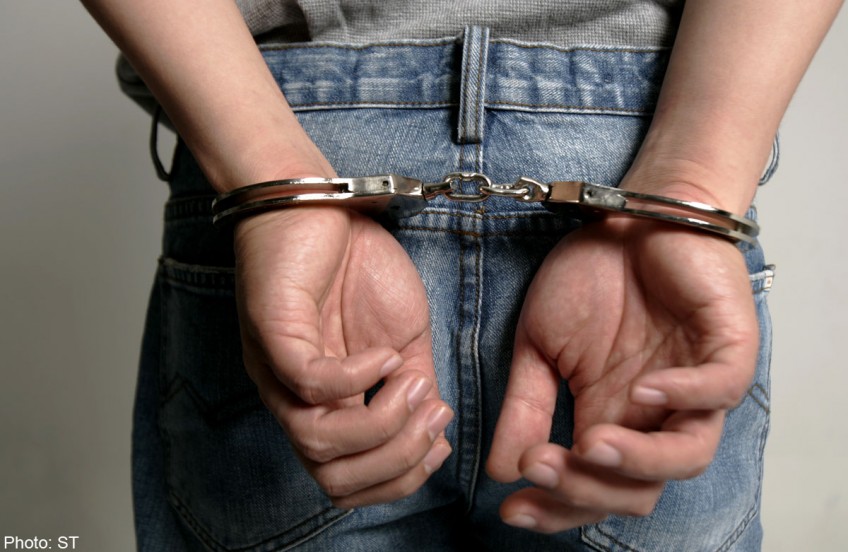 Posed Photo of a man being handcuffed.

KOTA KINABALU: A husband and wife were among a gang of three nabbed for stealing mostly from their neighbours' apartments.

The three suspects, aged between 18 and 34, are believed to have been involved in at least six break-ins with losses amounting to RM34,000. They had been doing this for the past year.

City police chief Asst Comm M. Chandra said the trio was known as the Sky Gang as they broke into houses from the ceiling. They were arrested at the Bambangan apartment and Kg Kalansanan, Inanam near here, on March 20.

The first arrest was made after a victim at the apartment lodged a police report following a theft at his house. The 43-year-old victim had arrived home to find his house in a mess. He saw the suspect fleeing via the broken ceiling,

A police team went to the neighbour's unit at about 10pm the same day. A teenager who answered the door was arrested after police personnel downstairs noticed her throwing out four bags from the window.

Her arrest led to the capture of her 34-year-old husband and a friend from a house in Kg Kalansanan about an hour later.

"Investigations revealed that the gang leader, the husband, was an ex-convict and a drug addict," said ACP Chandra.