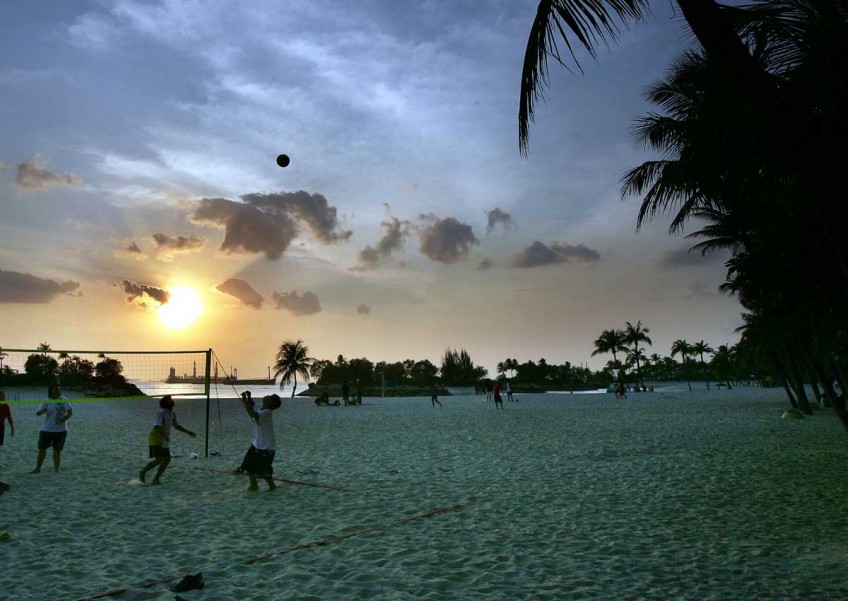 The High Court found that the prosecution had proved its case against Pram Nair - on one charge each of rape and sexual assault - beyond a reasonable doubt. He will be sentenced at a later date.

The woman, then a relief teacher, was attending a party at Wave House, a club and restaurant located at the beach with a female friend on the night of May 5, 2012. She had drunk several shots of whisky and orange-flavoured liquer before Nair approached her group at the bar counter and started chatting with them.

Nair suggested playing a game that involved him pouring liqueur from the bottle directly into the victim's mouth for 20 seconds - as she had turned 20 the week before.

After some time, the victim's friend, realising that she could not stand without support and could not finish her sentences, decided it was time to leave. The friend went to get the victim's bag at another section of the club but when she returned, the victim and Nair were gone.

During the 15-day trial from last August to April, the victim said that she got "wasted" and could not remember what happened after her friend went to get her bag. She testified that she woke up on the beach from the pain of Nair raping her but was too weak to push him off.

Two other partygoers who saw Nair on top of the victim at the beach called the police.

The victim's friend went looking for her and found her lying on the sand. Nair, who was there, told her that he had found the victim at the spot naked. Nair walked away but was later arrested nearby.

During the trial, Nair said the victim flirted with him that night, telling him that she "kinda liked him" and asked him to "please take me away from all the guys". He said that she agreed to have sex with him but he eventually abandoned the idea as he could not get an erection.

While she was on the stand, the victim teared up a few times and spoke about how, three years later, even though she has moved on, there are still times when she still feels "disgusted" with herself.

"I've never been more sorry to my parents because they raised me up really well; and because I was disobedient and went out on that one night... it brought so much pain that there's a long time after that where I couldn't even lie in bed without feeling like ripping my own skin off...." she told the court.