Man gets jail for hitting cop after drinks 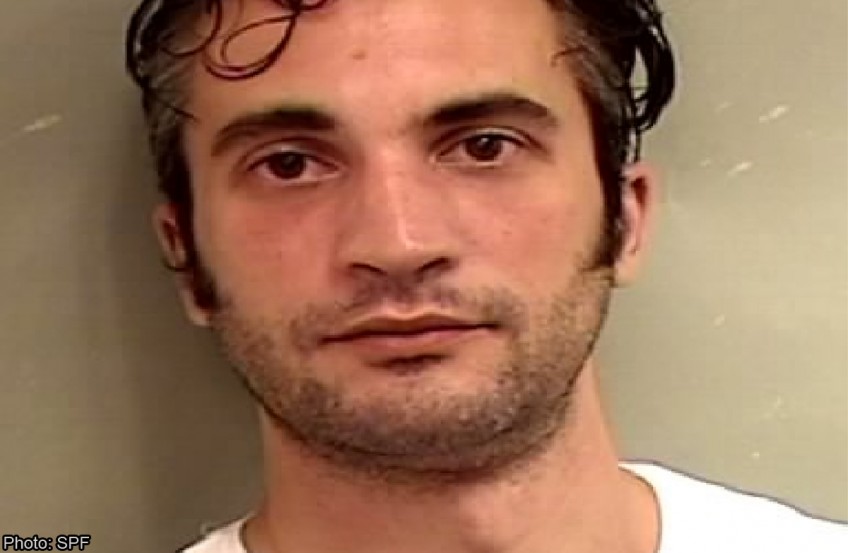 INTOXICATED: Da-Cruz Ferreira received a one-month jail term. He has been allowed to defer sentence till April 2 to settle personal matters.

A policeman woke up a drunken taxi passenger to find out where he wanted to go - and was punched and kicked for his trouble.

Video editor Carlos Eduardo Da-Cruz Ferreira, whose father is a High Court judge in his native Portugal, was jailed for a month for the assault yesterday.

He had been drinking gin and whisky before getting in the cab and dozing off on June 21 last year.

The driver sought the help of the police at a road block in Bukit Batok East Avenue 3 to get the 34-year-old's home address.

Sergeant Mushawwir Adrus, 23, together with a colleague, tried to wake him and realised that he reeked of alcohol.

After they identified themselves and asked where the 34-year-old lived, Da-Cruz Ferreira punched Sgt Mushawwir in his right eye.

When Sgt Mushawwir held his hands and asked for his place of residence again, Da-Cruz Ferreira kicked him in his lower abdomen.

Sgt Mushawwir, whose right contact lens was dislodged as a result, later saw a doctor who referred him for ophthalmic treatment.

Seeking a jail term, Deputy Public Prosecutor Sruthi Boppana said the police are on the front line and must know that they have the full protection of the law.

"The court must send a consistent signal that violence towards police officers cannot be condoned," she told District Judge Ng Peng Hong.

Lawyer Shashi Nathan said his client had then just gone through a "severe and traumatic" break-up with his girlfriend at the time.

Mr Nathan said the one-off incident was triggered by his client's intoxicated state, adding that Da-Cruz Ferreira has voluntarily undergone therapy for his alcohol dependence and was found to be suffering from depressive and anxiety disorders.

Mr Nathan said his client was not making excuses for what he did, and asked the court to consider departing from the usual benchmark sentencing by imposing a fine or short custodial sentence.

He also said his client had difficulty facing his parents and has let them down tremendously.

Judge Ng felt that Da-Cruz Ferreira's personal needs and requirements should not override the public interest.

He sentenced the Portuguese national to one month's jail and allowed him to defer sentence until April 2 to settle his personal matters.

Another charge of abusing the policeman was taken into consideration.

For causing hurt to deter a public servant in carrying out his work, Da-Cruz Ferreira could have been jailed for up to seven years, fined, caned or received any combined sentence.