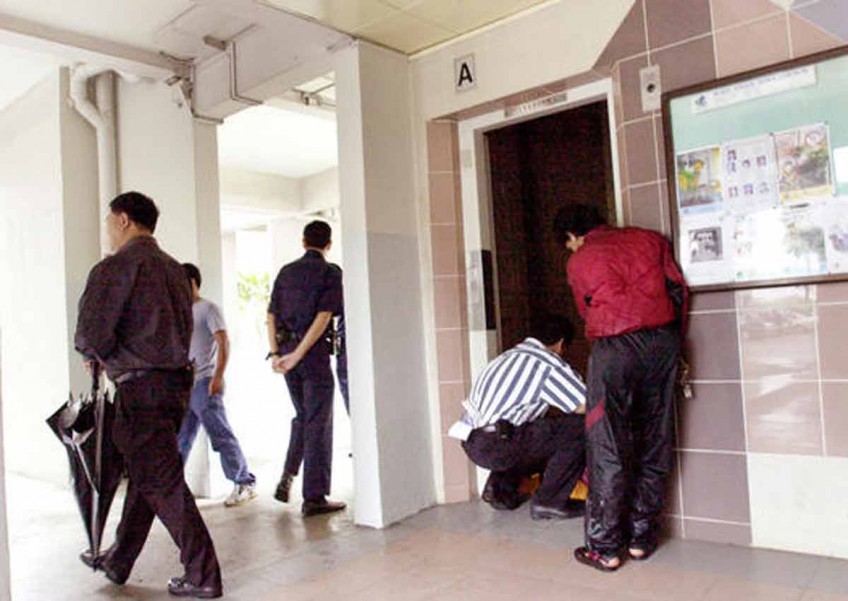 SINGAPORE - In the evening of Oct 2, 2001, Ms Soh San was on her way home from work when she was robbed at knife-point and stabbed multiple times in a lift, later dying of her injuries.

The culprit was then 16-year-old Gunasegaran Ramasamy, who on Monday (Mar 20) was sentenced to 10 years' jail and 12 strokes of the cane for robbery with hurt, more than 15 years after he committed the crime.

According to Shin Min Daily News, Gunasegaran had been living with his family at Bukit Batok Street 21 at the time of the incident. On the evening of Oct 2, 2001, his sister had given him $5 to buy instant noodles from a nearby shop.

Deciding that he would use the opportunity to look for targets to rob, he took a knife from the kitchen and wrapped it with newspaper, before hiding it at the back of his pants.

He eventually came across Ms Soh, who was on her way home, and decided to follow her into a lift at Block 172 Bukit Batok West Avenue 8.

After the lift door closed, Gunasegaran brandished the knife and demanded that she give him money.

Ms Soh screamed for help and put up a struggle, but was stabbed across her arm. She then took out three $10 notes, but this was not enough for Gunasegaran, who tried to snatch her purse.

When she resisted, he began stabbing her repeatedly on her arm and body. Bleeding profusely, she pleaded with him to stop, before collapsing when the lift doors opened. She died on the spot.

Gunasegaran then fled the scene by running down the stairs. When he arrived home, he washed the knife before puting it back into the knife holder in the kitchen.

An autopsy found that Ms Soh had suffered a total of nine stab wounds on her arm, body, chest and abdomen, Shin Min Daily News reported.

More than 12 years later, Gunasegaran turned himself in at the Jurong East Neighbourhood Police Centre on Nov 17, 2013, and admitted to robbing and stabbing the victim.

His lawyer, Criminal Legal Aid Scheme Advocate Ng Shi Yang, told the court that Gunasegaran felt a deep sense of remorse after the incident. According to reports, he also frequently heard the victim's voice in his head, and would flash back to the incident whenever he came across the smell of blood.